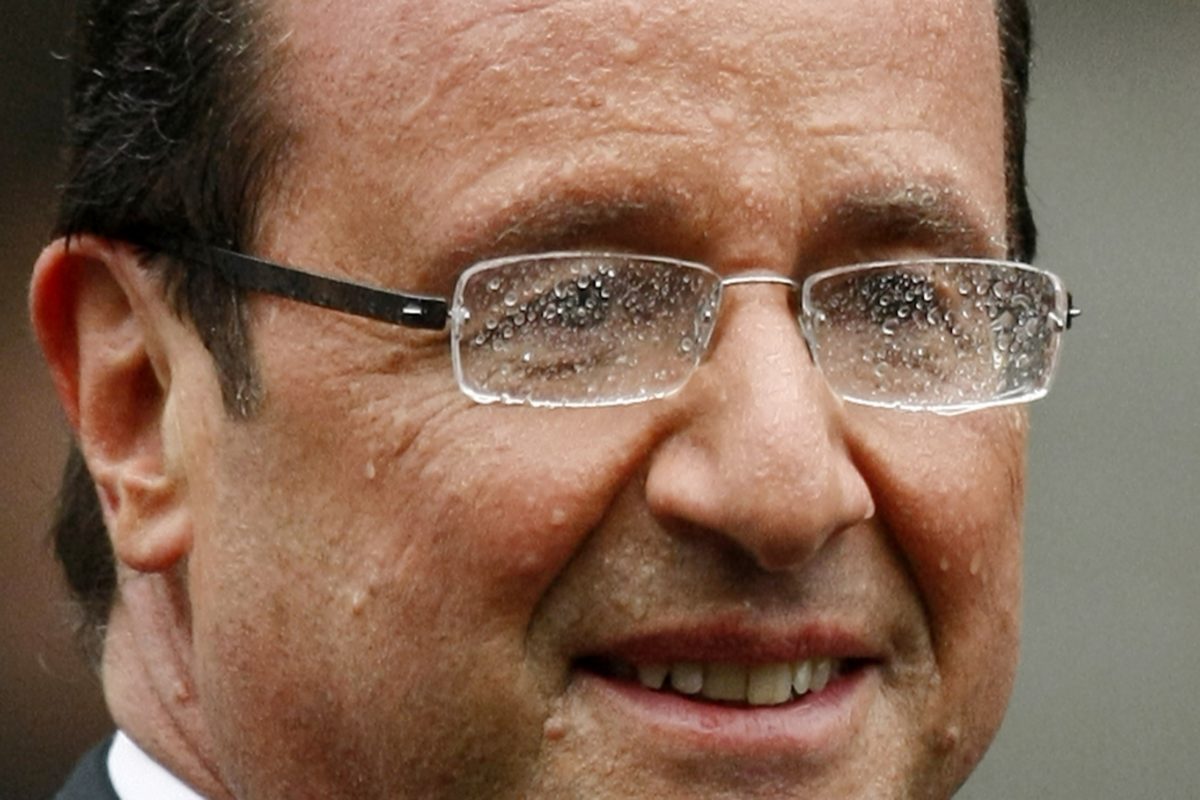 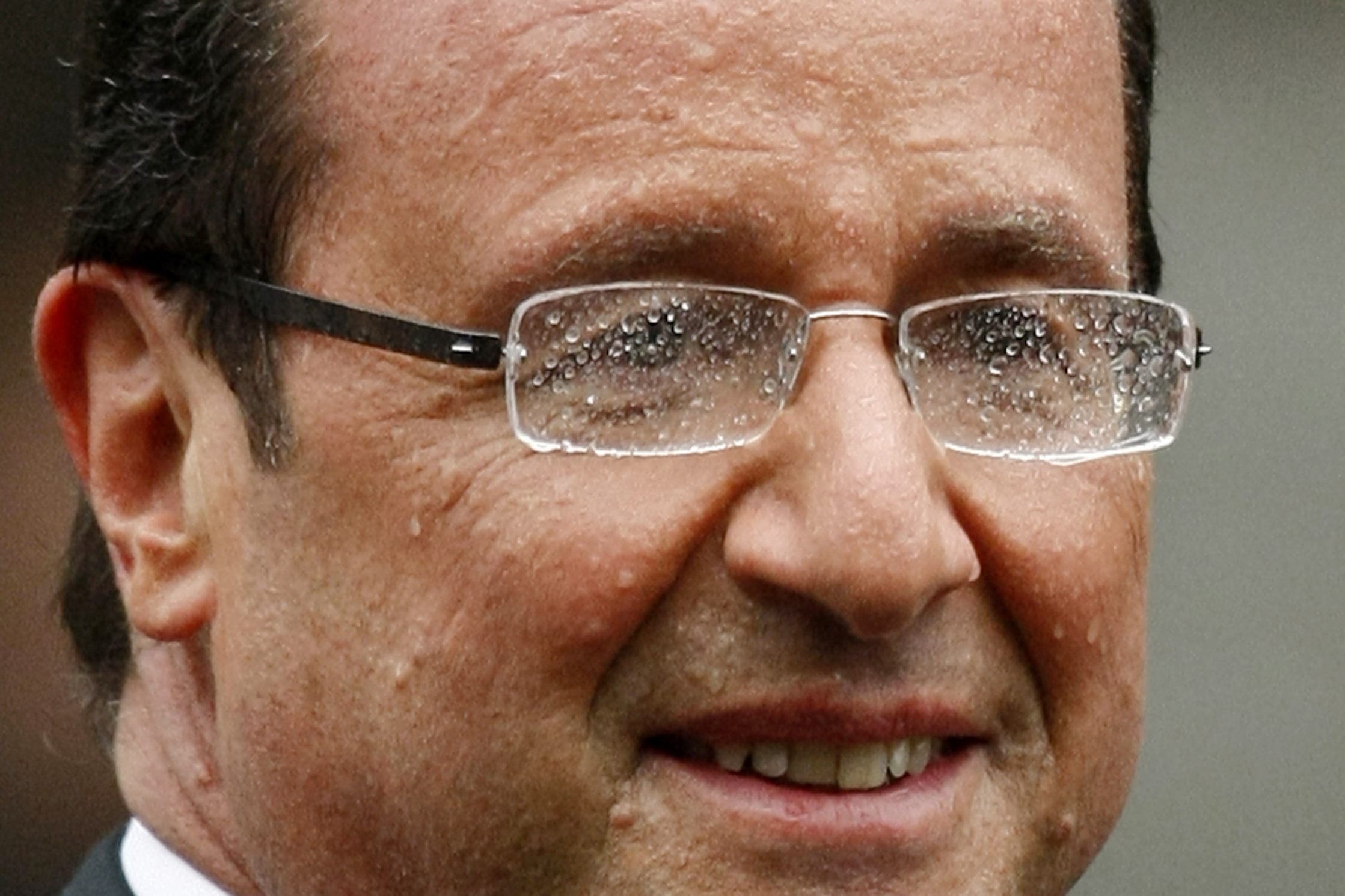 If French King Louis XIV was known as ‘The Sun King’, President François Hollande should be remembered as ‘The Ice-Bucket President’ or ‘The Rain Man’ for after only two years of mandate, he keeps appearing under the rain everywhere he goes.

If anything, French President François Hollande is certainly one of a kind. Not only has the successor of Nicolas Sarkozy at the Elysée Palace become, in only two years of mandate, the most unpopular President in France’s history, but he has also beaten all records of appearances under the rain without an umbrella.

President Hollande is — and has always been it seems! — the greatest Ice-Bucket Challenger!

Let’s have a look at some of his best performances:

Elected President, François Hollande parades through Paris in his car to meet the few hundreds of people who didn’t mind the rain.

During the celebrations of the 68th anniversary of the D-Day.

During an official visit in Morocco, President Hollande joked about the rain that had been following him from Day 1 of his mandate. “To govern is to rain!” He told the journalists at a press conference.

Artwork by Placide / Via soyons-serieux.fr
.

François Hollande meets Angela Merkel in Germany to talk about serious subjects such as the Ukraine crisis… and it still rains!

After a lunch with British PM David Cameron in a pub. François Hollande is seen running to his car, whilst Cameron walks peacefully. Is the French President not immune to the British rain?

For a change, François Hollande appeared soaked during a press conference in Brittany to celebrate the 70th anniversary of the Liberation of France and the Resistance on the island of Île de Sein.

Let’s watch here the video of a soaked President Hollande, in Brittany (via BFMTV)

What about the sunny days, then?

When it does not rain, some say President Hollande looks at the sky and wonders.
He wonders not if it will rain, but when!