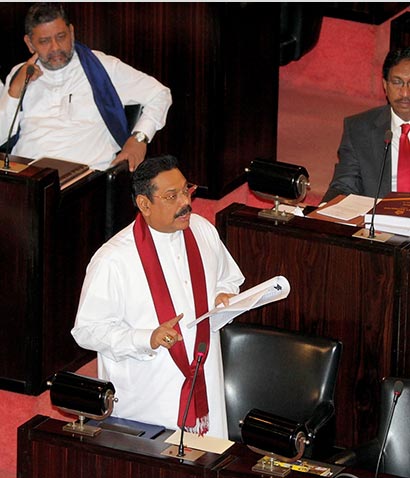 *The Cost Of Living Allowance of all Government Sector Employees to be increased by Rs.1200 with effect from January 2014

*Defense spending to be increased by Rs.249 billion for the year 2014

*Women Entrepreneurs up to the the age 68 to be received interest free loans up to Rs.250,000

*Uniform Allowance Of Hospital Staff to be increased to Rs.1500 from Rs.500

*National Stroke Center to be setting up ,New Naval and Marine University to be established

*Two Children’s Hospitals to be upgraded as research centers

*License of transporting the Furniture Cancelled

*Pension Scheme for Farmers age over 63

were among some key proposals included in the 67th Annual Budget Proposals presented to the Parliament today(21) by President Mahinda Rajapaksha who is also the finance minister. of this government.

While presenting annual budget proposals to the parliament president rajapaksha has said that country’s economy has achieved a 7.7% economic growth in the third quarter this year when

The budget debate will goes on till 29th of November and final vote will take place on 20th of December. 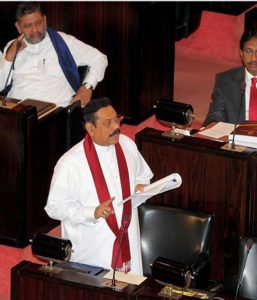 Filed under: News, World
Share Tweet Pin G Plus Email
previous article: Mirwaiz asks India to give up its rigidity on Kashmir
next article: Miki Agrawal Wants You to Do Cool Sh*t (Too)!