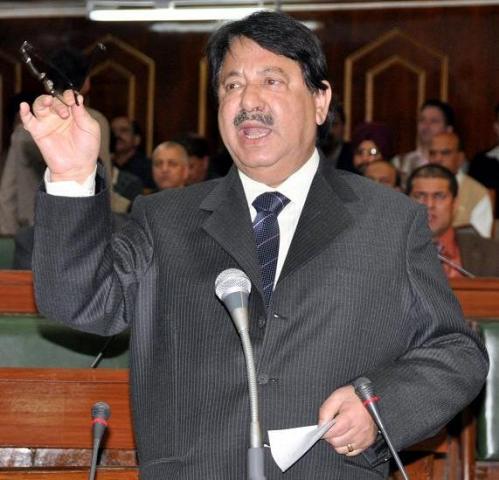 , March 9 (Scoop News) – Minister for School Education and Public Enterprises, Peerzada Mohammad Sayeed has said that 76 and 221 High Schools functioning on internal arrangement would be provided necessary teaching staff, adding that under Rashtriya Madhyamic Shiksha Abhiyan (RMSA) the infrastructure upgradation in 69 educational institutions of the State have been approved. Rs 24.55 crore have been released by the State and Central Government for the purpose, he said.

This was stated by the Minister while replying to the supplementaries raised by legislators on the main question by Balwant Singh Mankotia in the legislative Assembly here today.

The Minister said the Centre has agreed to provide funds under RMSA for upgradation of infrastructure facilities in 161 more schools of the State.

Giving details about launch of RMSA scheme for improvement in the educational system at secondary level in the State, the Education Minister said 69 middle schools have been upgraded to the level of High Schools under the scheme, adding that a proposal has been submitted to Union Ministry of Human Resources for upgradation of additional middle schools of the State.

The Minister said due consideration would be given to all the areas of the State for upgradation of educational facilities with focus on developmental infrastructure under the scheme. He said government will take all necessary steps to speed up construction of infrastructure in educational institutions under RMSA.

Replying to another question by  Ch. Mohammad Ramzan, the Minister informed the House that Education Department has initiated measures to provide infrastructure and staff in higher secondary schools Behnipora, Trathpora and high school Wader. He said the detailed project report of Rs 57.4 lakh have been prepared in this regard and funds for execution of these works would be provided in next year’s plan, adding that the requirement of additional teaching staff is being provided on need basis by way of internal adjustment.

The Minister assured the House that Government would initiate all measures to achieve full benefits of the scheme for improvement of educational system at secondary level and provide equitable share to all the constituencies of the State.

Minister for Higher Education,  Abdul Gani Malik has said that Government has initiated the process for the caderization of teaching and non-teaching posts existing in Degree Colleges of the State, adding that the posts of these higher educational institutions belong to State Cadre which presently constitutes hurdles for filling them up at district and divisional level.

This was stated by Minister in reply to a question by Kafil-ur-Rehman in the Legislative Assembly here today.

The Minister said that the vacant posts of , both teaching and non-teaching falling in the direct recruitment quota has been referred to the concerned recruiting agencies for selection. The requisite requirement of faculty is met through academic arrangements, he added.

He said the subjects of Mathematics, education, economics and Islamic studies have been introduced in the college and admissions to these courses would be made in the ensuing academic session. He said there is no proposal to add more subjects to the college at present.

He said the proposal for opening at Magam in Beerwah constituency is under active consideration of the Government.

Minister for Health  Sham Lal Sharma has said Government is contemplating to regularize 400 health centers operating on internal arrangement presently, adding that a comprehensive plan of Rs 2600 crore has been submitted to the Centre for upgradation of healthcare facilities further in the State.

This was stated by the Minister while replying to supplementaries of legislators raised on main question by  G.A. Mir in the Legislative Assembly here today.

The Minister said that under NRHM, the State has to expend Rs 1200 crore for enriching healthcare facility in the State, adding that only Rs 47 crore have been utilized by previous Government under the programme.

He said due to endeavours of the government Rs 470 crore have been  expended under  the programme during last two years in the State and gigantic healthcare infrastructure created besides number of  medicos, paramedics and  other technical staff were engaged to provide  improved healthcare facilities to the people of the State.

He assured the members that opening of new and upgradation of existing health centres in remote and hilly areas would be given priority under the programme in the coming years.

Replying to the main question by  G. A. Mir regarding health facilities in Dooru constituency, the Minister said that construction of health sub-centre buildings at Voi-Bamdoora and Nowgam have been approved under NRHM during 2010-11. He said J&K Housing Board has already been authorized to take up the construction of these projects.

The Minister said that Sub-Health Centres at Halsidar, Batagund and Hallan besides Unani dispensary at Rainchowgund in Dooru constituency are already functional.

The Legislators,  A.R.Veeri, Mtr. Mehboobi Mufti,  M. Y. Tarigami,  Harshdev Singh raised the supplementaries on the main question and demanded that healthcare facilities in rural and hilly areas would be upgraded under NRHM and underscored the need for bringing transparency and accountability in the implementation  of the scheme for the benefits of common masses.