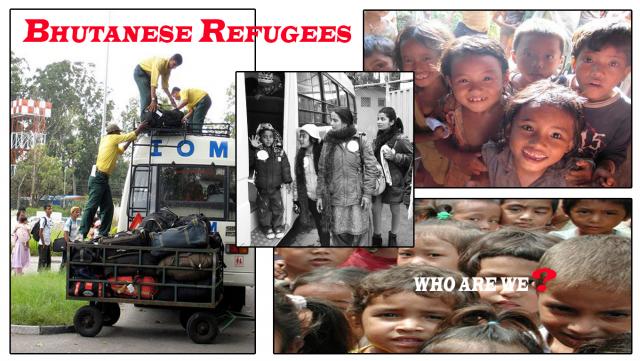 December 13 2012,  Kathmandu Nepal:  Claiming to have resettled around 75,000 Bhutanese refugees from Nepal, the United Nations High Commissioner for Refugees (UNHCR) and the International Organization for Migration (IOM) confirmed the number in a joint statement. Under one of the largest and successful resettlement programs, more than 63,400 refugees were resettled in United States, 3,837 in Australia, 5,296 in Canada, 724 in Denmark, 710 in New Zealand, 326 in Netherlands, 546 Norway, and 257 in United Kingdom where Yagandra Kami a six year old boy became the 75,000 refugee to be part of major resettlement program. The Program was launched in November 2007.

Stephane Jaquemet, UNHCR Representative in Nepal said, ““This is a tremendous achievement, where we have successfully placed 75,000th Bhutanese refugee from Nepal to the United States on Wednesday for the third country settlement. It has only been possible due to the incredible generosity of the resettlement countries, the resilience of the refugees, the great support of the Government of Nepal, and the exemplary partnership with IOM.”

Maurizio Busatti, Chief of Mission of the International Organization for Migration (IOM) in Nepal said, “Our efforts will continue unabated to prepare the last refugee to settle into his/her new life. IOM is committed to nurturing the team spirit and the model partnership that has marked this program from the start and is at the basis of today’s result.”

The Bhutanese ethnic cleansing took place in early 1990s, where hundreds of thousand Nepali origin Bhutanese were forced for exile. They were forced to be limited in overcrowded refugee camps in eastern Nepal with no progress toward a resolution of their plight. Many rounds of bilateral talks between the governments of Nepal and Bhutan could not resolve the issue.

The Universal Declaration of Human Rights, as well as binding international treaties signed by Bhutan, ensures the right of the refugees to return to their country. During this long period of exile, however, Bhutan has not allowed a single refugee back. In midst of that the US and other supporting agencies started the resettlement program which has led in ensuring at least a quality of life for the refugee.