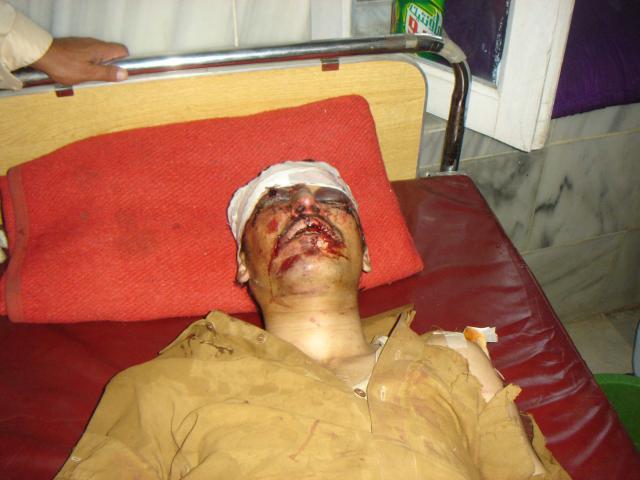 CHITRAL:  8 died and 6 injured in road mishap. According to Station House Officer police station Drosh a non custom paid passenger vehicle (Land cruiser) No PSD 492 was coming from Dir to Chitral. when this ill-fated vehicle reached near Mir Khani post at Ashriat road it plunged into deep ravine on the bank of Ziart nullah as a result 6 persons were died on the spot while 6 injured badly. 4 of them are serious. Hearing the news about road accident cops of Chitral scouts reached on the spot who recovered dead bodies inside from the vehicle and carried out injured persons who were rushed to Tehsil headquarters hospital Drosh in Chitral Scouts Ambulance. One passenger lay down a few moment ago and he escaped miraculously. Those who died were driver Gul Badshah son of Jola Khan resident of Dir, Muhammad Adil son of Abdul Qayum resident of Mohallah Hazrat jee Peshawar, Nasoori son of Jalal  Khan resident of Mian village Mardan,  Rafiqullah  son of Jaafar  resident of Barawal Banda Dir upper,  Raz Muhammad son of  Sher Muhammad resident of Peshawar, Shahab Khan son of Muhammad Akbar Khan  resident of Lower  Dir. While an injured person Zahid Hussain son of Hazart Hussain resident of Shoot Jughor Chitral could not succumbed his injuries and expired in hospital. The injured persons were identified as Muhammad Zareen son of  Sadbar Khan resident of upper Dir and Abidur Rehman son of Saidru Rehman resident of upper Dir. Two injured persons who are unconscious could not identified. Drosh police registered a case and started further investigations’. The reason behind this incident could not ascertained immediately. Hence there is no parapet wall, protection and side wall on road side on the bank of Ziarat nullah and river. Residents of Chitral demanded from Federal as well as provincial government for construction of Side wall, parapet and side wall so as to save precious human lives.