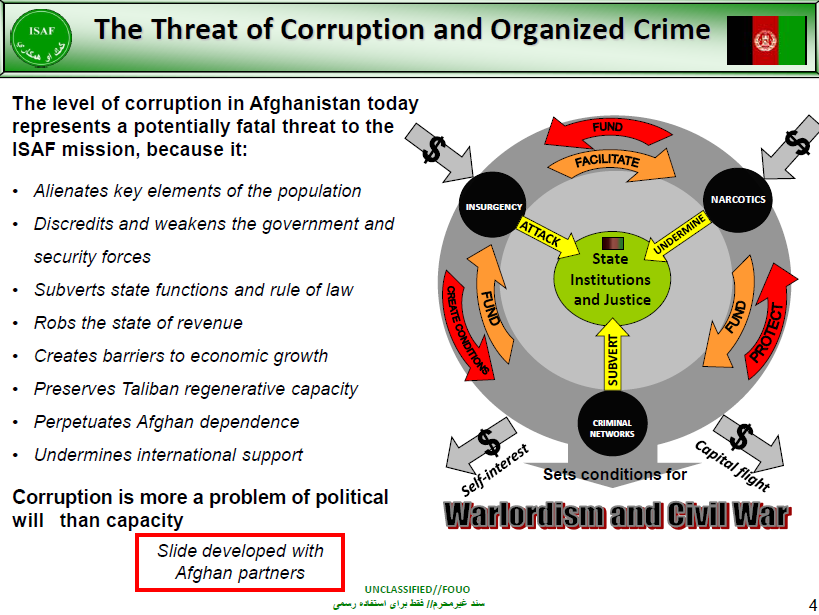 I received the following email communication today from Alex Bronstein-Moffly , Deputy Director of Public Affairs Special Inspector General for Afghanistan Reconstruction.
It read as follows:
“Today SIGAR released three letters detailing the agency’s efforts to obtain the facts underlying the US military’s purchase of eight patrol boats for the Afghan National Police and the subsequent decision to cancel their delivery.The military has been unable to provide records that would answer the most basic questions surrounding this $3 million purchase. The only facts known are that the purchase was made in 2010; the boats were intended to patrol the border with Uzbekistan; and the order was cancelled — without explanation — nine months later.  The boats currently sit unused at a Navy warehouse in Yorktown, Va.Among the missing records are those that would detail a concept of operations for employment of the boats; a feasibility review of operational requirements; the extent of involvement, if any, of the Afghan Ministry of Interior in the decision-making process; and justification for cancellation of the boat delivery. This lack of documentation hinders SIGAR’s congressionally mandated mission of overseeing US reconstruction funds.Letter to US Forces Afghanistan: http://www.sigar.mil/pdf/Special%20Projects/SIGAR-14-66-SP.pdf
Letter to the Navy on Disposition Plans: http://www.sigar.mil/pdf/special%20projects/SIGAR-14-67-SP.pdf
Initial Inquiry to US Forces Afghanistan: http://www.sigar.mil/pdf/special%20projects/SIGAR-14-54-SP.pdf

If you would like any additional information or have any questions please do not hesitate to reach out to me or our Director of Public Affairs, Phil LaVelle, at   at philip.j.lavelle.civ@mail.mil or (703) 545-5974.”

Note:
Alex, I really don’t mind the fact that the boats are sitting in a Warehouse in Yorktown rather than being shipped to Afghanistan, especially in light of the fact that the Afghan president has refused to sign the bilateral security agreement authorizing US troops to stay in the country.
Its probably best to suspend all such deliveries and military aid to the Afghan government until and until they sign that agreement and address issues dealing with corruption, fraud and waste.
As you know corruption in Afghanistan represents a chronic problem and serious threat to the ISAF mission (see article: Congressman Jones lambasts failed policy in Afghanistan http://www.examiner.com/article/congressman-jones-lambasts-failed-policy-afghanistan)
SIGAR’s  own reports point that out (see article: Half of all salaries paid to Afghan National Police officials “siphoned off from recipients by fees/corrupt practices”, report alleges https://groundreport.com/half-of-all-salaries-paid-to-afghan-national-police-officials-siphoned-off-from-recipients-by-feescorrupt-practices-report-alleges/).
Sincerely
Robert Tilford
cc/ Senator McCain
See article: Karzai Refused to Meet Obama in Afghanistan http://www.indiatimes.com/news/asia/karzai-refused-to-meet-obama-in-afghanistan-150942.html
Filed under: News, Politics
Share Tweet Pin G Plus Email
previous article: Aung San Suu Kyi says Nepal Moving ahead in its peace process
next article: Omar emphasizes on quality supply of medicines to hospitals