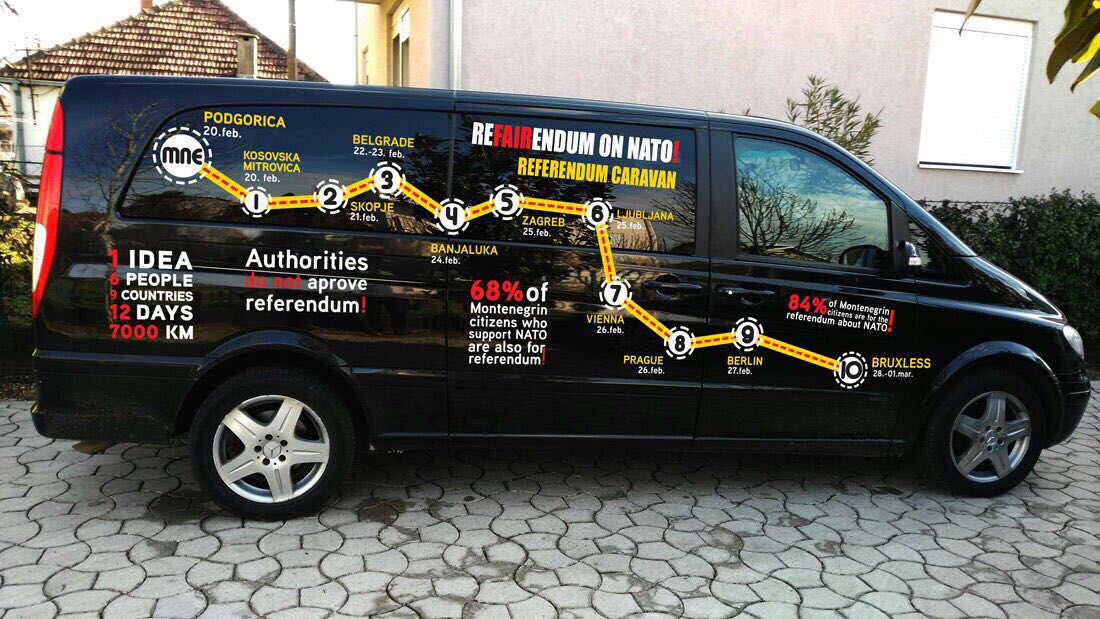 As opposition parties in Montenegro have been demanding a referendum on NATO membership before Parliament is called upon to vote on the issue, an organization on the ground has said their research shows that 84 % of the citizens of Montenegro wants to express their opinion on joining the NATO through a referendum.

68 % of the ones who support joining NATO, also want a referendum according to the organization.

The government already has a slim but concrete majority of 42 MPs in the 81-seat parliament, with the ruling coalition strongly pushing for membership of the alliance. The latest poll public opinion poll in December of 2016 however, found 39.7% of people against NATO membership, and 39.5% for membership.

Marko Milačić, director of the Movement on Neutrality said that “Despite of the large number of the people who want referendum, the Government does not want it. That is the violence against democracy and against its own citizens. The government is afraid of referendum because they know what people think and feel about NATO.”

Milačić launched a campaign that will see a ‘referendum caravan’ tour for 12 days. “During 12 days, 6 of us,, will visit 9 countries, on a road trip of almost 7,000 kilometers, with one idea only. We are starting from Podgorica, through Kosovska Mitrovica to Skoplje, and then through Belgrade to Banja Luka and Zagreb, then Ljubljana, Vienna and Prague, then Berlin, and finally Brussels.”

Filed under: News, Politics
Share Tweet Pin G Plus Email
previous article: Reasons For Hair Loss In Teens And How To Promote Hair Growth
next article: Actions of Montenegrin authorities has split the republic