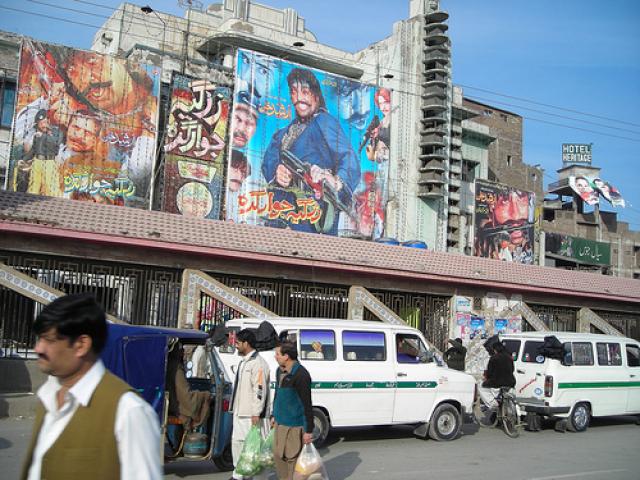 PESHAWAR: More than 87 people were killed in a car bomb blast at Meena Bazaar in Peshawar, the busiest and most popular market of women in Peshawar, Pakistan. The City Police Chief told this scribe that a heavy bomb was fixed to a car and blown up via remote control. It was not a suicide bomb blast, he added.

A police officer on the condition of anonymity told our correspondent that they continuously receive threat from suicide bombers claiming suicide attacks, but emphasized that this was not a suicide bombing.

Eyewitnesses said that more than 87 people were killed, with 200 badly injured. The condition of some of the injured is serious. They said that this bomb was detonated a few hours before the arrival of US Foreign Secretary Hillary Clinton. Thus far, no group has accepted responsibility for the bomb blast. Provincial Information Minister of NWFP Mian Iftikhar confirmed the death of 87 people while talking to media members at Lady Reading Hospital Peshawar.

As context, Meena Bazaar is usually full of shoppers  during the day, who are mostly women and children.  The majority of the dead were identified as women and children. Eyewitnesses complained that fire authorities arrived late to the scene. After the blast several old buildings caught fire and were gutted, and fire authortities could not stop the spread of the fire. As a result, more shops caught fire,. sometimes trapping their owners and patrons. The death toll may increase due to the critical condition of some  of the injured. I

The NWFP, long a region of political turbulence, has recently become a hotbed of violence. Several weeks ago, 52 people died after a car bomb blast at Khyber Bazaar Peshawar.