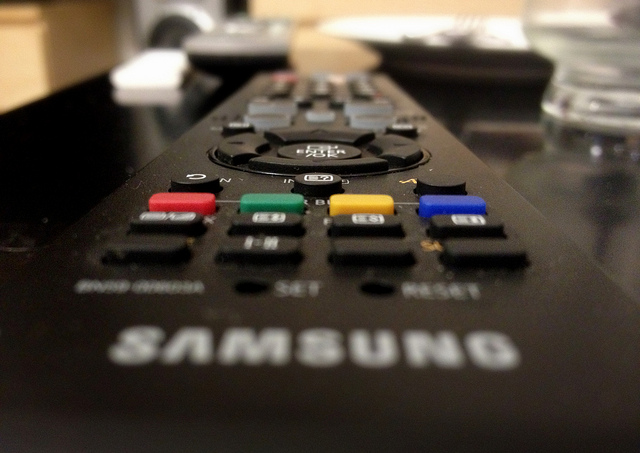 After the finales of Parks and Recreation, Justified and Mad Men and a dozen of other great shows in the previous year, it is clear that the Platinum age of Television is here to stay. In the last year alone, the number of scripts that were on air totaled 400 and the number is going to rise this year as numerous other players have decided to join the fray. Viewers don’t have to hunt anymore if they wish to find the next breakthrough series as there is plenty of unique and fun content on almost every channel.

So, which are the most anticipated TV shows this year? Here is a complete list:

From the mind of Shonda Rimes, the showrunner for Grey’s Anatomy and Scandal, this is a thriller about a private investigator who is at the top of her game. However, her supposed fiancé somehow manages to con her successfully out of every cent she owned and now this scorned woman, played by the brilliant Mireille Enos, is out to get revenge and will stop at nothing. It is highly doubtful that this offering is going to disappoint as Rhimes has the knack for putting strong women in difficult situations and helping them in emerge victorious. There has been some recasting, but the show seems to be highly promising.

Hulu’s new series marks the return of Aaron Paul that revolves around a family who is under the influence of a controversial cult leader, played by the dynamic and charismatic Hugh Dancy. While the show’s creators have been quick to clarify that Scientology has not been used as the basis of religion in the show, there is no doubt that comparisons will be made when the family’s allegiances will be called into question and it is challenged and tested. The cast is rounded by Michelle Monaghan and Minka Kelly. The latest trailer is gripping from the beginning and shows the family entrenched in chilling and dangerous circumstances.

Based on the book series by Whitley Streiber, two ladies who are very knowledgeable about their science fiction are spearheading this project; Natalie Chaidez, the showrunner for 12 Monkeys and Gale Ann Hurd, The Walking Dead and The Terminology trilogy producer. The new series depicts a new battle of the human race with the aliens. The role of an unknowing FBI agent is taken up by Nathan Philips who is paired and enlisted with Britne Oldford’s mysterious ace detective. With its most recent entries into the field of original series, Syfy seems to be on a rule and it looks as if Hunters is not going to be an exception.

With the introduction of a series like Marsellie, Netflix is hoping to expand and grow its foreign reach. This is a political drama similar to House of Cards, which is focused on a French mayor who has to go up against corrupt politicians, drug overlords and labor unions on a daily basis. The show has been written by some of the most creative minds in France and the lead is played by Gerard Depardieu.

After the success of The Walking Dead and also of Fear the Walking Dead, its sequel, another book property of Robert Kirkman has been adapted for television. We have a tormented man played by Patrick Fugit who has had to struggle against demons and is now recruited in a battle against absolute evil. Even though the show is not based on the undead and is more centered on the supernatural, it still depicts the eerie suspense that we have come to love and expect from Kirkman’s projects.

Based on Vertigo, the cult-level graphic novel series by Garth Ennis, the story is about a disillusioned preacher who possesses mysterious powers. After he has thrown in the towel, he is sent on a quest of finding God. The show is bound to be unlike anything currently on the television screen. Preacher will attempt to follow its source material as much as possible and will provide a combination of Tarantino-level gore and riotous humor. Comedian Seth Rogen is producing the series along with his producing partner Evan Goldberg and the brilliant Dominic Cooper has been chosen as the star.

The immense success of Daredevil silenced anyone who had previously doubted Marvel and Netflix’s collaboration on the former’s Defenders collection of original superhero series. Technically, Luke Cage, played by Mike Colter has already made his debut in Jessica Jones’ first season, but a lot of people are still waiting for his standalone series with great impatience so they can get deeper into the origin of his powers and backstory. You can easily look for some good internet packages to watch Netflix online uninterruptedly.

As there are a number of travel series out there, it has become increasingly difficult to make any noise in this genre, but if anyone can accomplish this, it is Norman Reedus, The Walking Dead star. The charismatic actor will go on a motorcycle tour in his new series and take viewers around the country exploring the local color and bike culture. Reedus is a longtime rider and this is a dream gig for him. Hopefully, it will be as fun to watch as it was fun to make for the actor.

Let’s begin with the cast; there is Christina Hendricks is her first role after Mad Men, playing the role of a femme fatale who knows exactly how to manipulate her ex, The Following’s James Purefoy. Then there is also Michael K. Williams from Broadwalk Empire and The Wire who plays the gay best friend who has returned with a temper from the Vietnam War. Set in the 1980s, the combustible trio will ignite in this dark yet comic adventure and their schemes of getting rich quick are bound to cause them plenty of trouble and excitement.