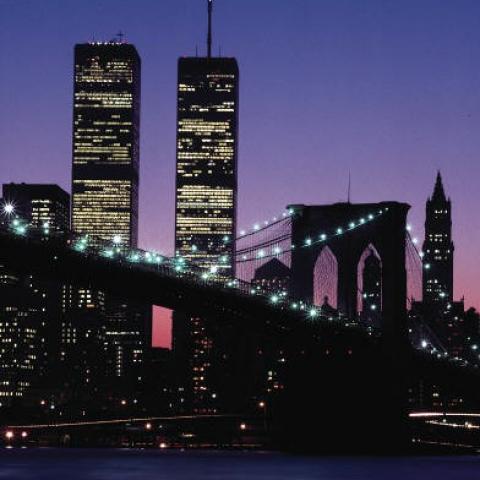 I was recently asked by a magazine to write a piece on ‘how 9/11’ affected you. My first reaction was: It didn’t affect me at all. I was in Chennai on that day, I remember, when on TV screen, CNN flashed ‘America Attacked’. Thousands of miles away, in the comfort of home, I hardly felt the heat.

And then, I remembered, it’s not true. 9/11 did affect me, indirectly of course, but it sure did.

As I said, I watched the news of the terror attack on TV and,after the initial shock, said ‘phew!’ like millions others did.

However, unknown to me, the life of someone in my own family was about to change drastically: My brother in law – then an employee of one of the largest audit firms – had just been transferred from India to NY and was about to resume his office which was located in the WTC building. On the day of the attack, he was in India; his wife – my sister – had just delivered their second baby and the family was to fly to NY in a week. They had already packed, sold off their furniture, the kitchenware and pretty much every other household stuff.

A few hours after the bombing, my brother in law received a short message: Their office had been destroyed and therefore, the posting was cancelled until further notice.

Weeks passed and then months and that ‘further notice’ never came. The office said the losses was to huge to recover from. Frustrated, my brother in law started to look for a new job, but was turned away as every office found him ‘overqualified.’

And meanwhile, they had two babies to feed, re-send their elder kid to school (they had withdrawn him earlier as they were about to move out) and needed money to make their now-empty apartment livable again.

Every now and then I would have a conversation with my sister over phone and every time I would hear her drained, tired voice. She would never mention the financial struggle, but her voice would say it all.

It would make me angry and frustrated too, because I was still a student and could do nothing to help them. Worse, I couldn’t see my nephew as the family didn’t wish to -and couldn’t afford either – have guests.

In Silence I writhed and sulked.

It took over a year before my sister’s husband (by then he was almost a mental wreck) could find a job again and things turned normal. But that one year was full of struggle, agony, and helplessness for them, as well as for me.

Yes, a terror attack affects us all, in more ways that what meets the eye.