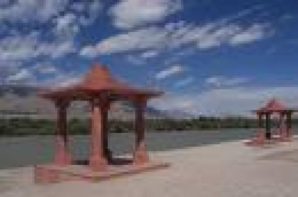 Senior R.S.S. leader and the member of National working committee Indresh Kumar described the Sindu Darshan as Symbol of cultural nationalism and preservation of heridity. He was speaking in a meeting of Himalaya Parivar called for the successful conduct of Sindu Darshan Yatra in the month of June 2009.             The meeting finalized the […]