Written by Janine Mendes-Franco   Several months ago, Soto Garcia was examined by doctors and of the many ailments suffered by the activist and documented in their report, pancreatitis was not one of them. The pancreatitis that afflicted and ultimately killed Soto Garcia came suddenly, and most likely from the brutal and violent blows he […] 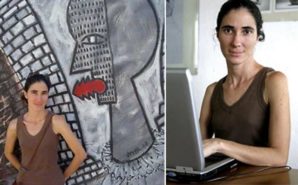 Yoani Sánchez is probably the most famous blogger in Cuba, a country where internet access is very limited and controlled. Her blog Generación Y [es] is extremely popular for anyone interested about Cuba, and has been often featured as an example of cyber-dissidence in Western media such as The International Herald Tribune, The New York […]