As per a Mexican government directive, Obama wants Texas to stop this week’s scheduled execution of 38-year-old Humberto Leal, who was convicted nearly two decades ago and has lost a myriad of appeals. Leal has lived in the U.S. illegally since he was a toddler and in 1994 kidnapped, raped and murdered a 16-year-old girl […] 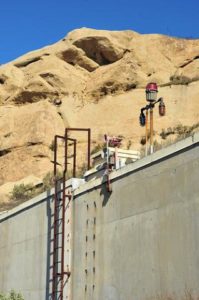 By Olga Khazan  A version of this story ran in the Chatsworth Patch and NeonTommy. It’s only a 45-minute drive from downtown Los Angeles to one of the most toxic hills in the country _ a vivid case study of the chaos that ensues when scientific hubris meets corporate carelessness.  Just follow U.S. 101 north into Ventura County, take […]