Written by Laura Schneider · Translated by Amy Gulvin The heavy rains that hit the province of Buenos Aires have left at least 35 people dead [es] [1] and thousands homeless. The blog EA2CPG [2] tells us [es] [3] about the climate phenomenon which hit Argentina on April 2, 2013, coinciding with the Veteran’s Day […] 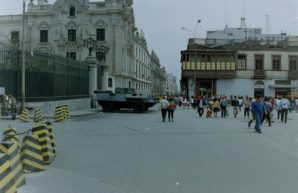 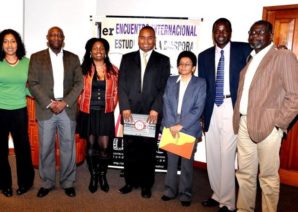 Despite threats, Afro Peruvian activists pledge to continue fighting for equality and respect for civil rights Afro Peruvian leaders of the organization LUNDU, the Center for Afro Peruvian Studies and Advancement, have denounced what they consider is an alarming escalation of verbal attacks and threats of violence against members of their organization. The attacks have […] 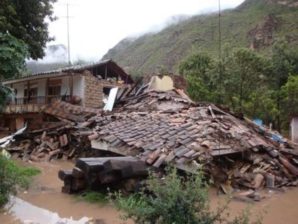 On Tuesday January 26, after a rainy week and after three days of non-stop rainfall, the region of Cusco, Peru has been declared in a state of emergency for 60 days, in order to speed up the clean-up efforts and to help the thousands of people (local residents and tourists) that have been affected by […]

This is a report about the criminal gangs who smuggle weapons to Mexican drug cartels. Among them is the group known as The Arabs, who operate from southern Texas to Central America to procure weapons for the Zetas in Mexico.    By JORGE ALEJANDRO MEDELLÍN The Intelligence Group of the Mexican Army Zone (GIZ) operating […]

August 15 marked two years since an earthquake struck Southern Peru, and primarily affected the areas of Ica, Pisco, and Nazca. Other mountainous areas such as Huancavelica were also affected. Now that 2 years have passed after the earthquake, the opinion of many is that there has been very little accomplished in regards to reconstruction […]