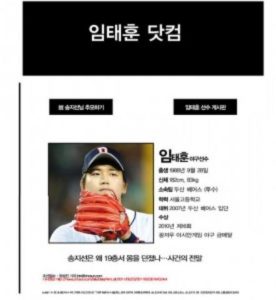 Written by Lee Yoo Eun The death by suicide on May 23, 2011, of national television channel MBC sports announcer Song Ji-seon in South Korea, has sparked considerable controversy regarding social media in the country. South Korea has one of the highest suicide rates in the world, but this latest case has opened a new debate on the public health […]

Values like sacrifice, the team over the individual, ‘gaman,’ all that — it’s so perfectly suited to the Japanese mindset.    View All / Discuss It (8) National 2 men killed in avalanche in Iwate S Korean activist allowed entry Japan paid Solomons to attend IWC Photographer pleads for Myanmar Woman […]