Jammu, January 23, (Scoop News)-Crime Branch, Jammu has registered an FIR against a notorious gang of cheats who used to rob people online. On the complaint of Yash Pal son of Isher Dass resident of Chowki Handan Tehsil Naushera, Rajouri at present Simbal Camp, R.S. Pura, Jammu wherein it was alleged that he received a […] 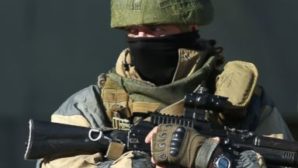 On January 3, 2014 President Vladimir Putin has signed Executive Order On Recognizing as Valid the Military Ranks and Education Documents of Russian Citizens Registered for Draft or as Reserve Servicemen in the Republic of Crimea and the City of Sevastopol, as well as their Military Service Certificates. The executive order stipulates that when Russian […]

Kathua ,July 07, (Scoop News)- Ridiculing loud speak of PDP and BJP, Provincial President Mr Devender Singh Rana on Monday asserted that National Conference will emerge as single largest party in upcoming assembly elections by maintaining edge in all the three regions of Jammu, Kashmir and Ladakh. “If some people want to take pleasure by […]

The Minister of Co operatives and Internal Trade Johnston Fernando has instructed his Ministry Secretary today(12)to issue a special gazette notification stating the registering of all stores belongs to the Milk Powder Companies at Consumer Affairs Authority with immediate effect.the minister has also instructed the secretary to include a special provision in the said gazette […] 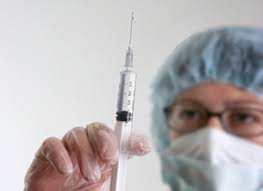 The inquiry on Registering Fraudulent Drug Company in National Drug Authority under one day service to supply expensive Cancer Injections to Mahragama ,Cancer Hospital will be completed withing next two weeks according to Dr.Jayasundara Bandara who is conducting the inquiry .the report of the inquiry is scheduled to be handover to the Health Ministry Secretary […]

Jammu, September 19 (Scoop News)-BJP National Executive Member & former State President Shamsher Singh Manhas, while addressing a press conference at party headquarters on Thursday alongwith BJP Cells Incharge Sat Sharma (C.A), said that FIR against Nayeem Khan should be registered and he should be punished for seditious activities. Referring to the release of a […]