by Matthew L. Schafer (This article originally appeared at the media blog LWR.) On May 29, 1787, Charles Cotesworth Pinckney, a South Carolinian who would later become the Foreign Minister to France, submitted a proposal for the organization of the soon to be formed new federal government.  In his proposal, he included a precursor of the First Amendment […] 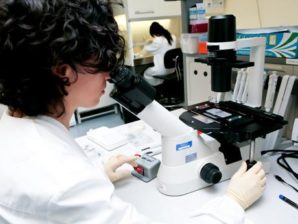 A statistically significant 40% improvement of both overall survival and progression-free survival in a large population of patients, identified by a pre-specified analysis on the prior treatment-free interval, and who presented a very dismal prognosis was reported by MolMed S.p.A. (MLM.MI) this weekend, at the 50th ASCO annual meeting. These efficacy results were observed in […]

MolMed S.p.A. (MLM.MI) today announced the results of the double-blinded, placebo-controlled Phase III trial of NGR-hTNF versus best investigator choice in 400 patients with malignant pleural mesothelioma who had previously failed a first-line chemotherapy.     Despite not meeting its primary endpoint of improving overall survival (OS) in the entire population, the study showed a […]