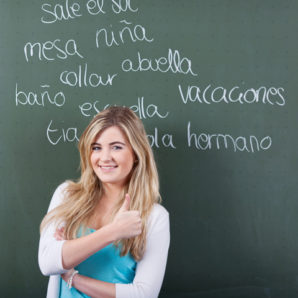 Doing business in the global economy today means communicating with the international clients. This means learning an Additional Language can significantly push the prospects of your business forward. So, if you have already taken steps to learn Spanish, French, Mandarin, Russian or Chinese, you are in fact augmenting the competitive advantage of your business over the […] 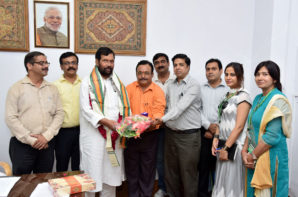 Government Is Committed To Improve Working Condition For Employees New Delhi (PIB-GR-TYP-BIN): Mr. Ram Vilas Paswan, Union Minister of Consumer Affairs, Food & Public Distribution has congratulated the FCI employees for introduction of Pension and Post-Retirement Medical Schemes. He said that the Government has accepted the long pending demand of employees so that their families […]

1888 PressRelease – In an Effort to Better Serve Temporary Refrigeration and Freezer needs within the United States and Canada, Polar Leasing Company, Inc. Announces the Reorganization of Sales Territories in the Great Plains Region. Fort Wayne, IN – Polar Leasing Company, Inc. (http://www.polarleasing.com/) announces that Ellen Blasi will now be managing the sales territories […]

Leh, (Ladakh), June 14, (Scoop News)-Union Interior Ministry is contemplating to raise about ten battalions (nearly 8000 personnel) of Indo Tibetian Border Police (ITBP) to reinforce its presence along the Line of Actual Control (LoAC)in a bid to plug unwarranted ingresses of hostile troops, a senior official, seeking not be named ,said on Sunday. “The […]

The Oil Ministry presented its latest annual report, in which it mentioned that Mukesh Ambani-led Reliance Industries will be generating 23 million standard cubic meters per day (mmsmcd) of additional gas, by 2016 – 2017, from its five discoveries in KG-D6 block. 13 mmsmcd of gas will be obtained from its D-34 discovery alone and […]

Trusted cloud services provider has also achieved re-certification to ISO9001 and ISO27001, and has transitioned to the ISO27001:2013 standard London – May 19, 2015 – Skyscape Cloud Services Limited, the easy to adopt, easy to use and easy to leave cloud services company, today announced that it has achieved a re-certification against Quality Management System […]