In 2012 the New York Times reported that American intelligence analysts believe that there is “no hard evidence” that Iran has decided to build a nuclear bomb. In fact it was suggested that Iran has abandoned its nuclear weapons program years ago. This was reaffirmed in a 2010 National Intelligence Estimate and it remains the consensus view […]

Reliance Industries Limited (RIL) intends to focus aggressively on the emerging sectors – telecommunication/internet and retail, in the next five years. According to a study by financial analysts, the Mukesh Ambani led RIL will put these  sectors on the fore with an annual investment of 6,500 crore each year.  The telecommunication and retail sector will […] 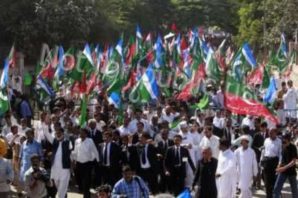 Coca-Cola Co., the world’s largest soft-drink maker, reported fourth-quarter profit that fell less than analysts estimated after lowering expenses through cutting jobs and adding technology to track sales. The shares jumped 3 percent in early trading after Coca-Cola reported earnings of 64 cents a share, excluding a writedown tied to its distribution business. That beat […]

A record monthly trade deficit in January is not a aberration and is likely to widen further in coming months due to slowing exports, analysts said. Monthly trade deficit widened to $9.4 billion from $5.4 billion in December, or nearly 10 percent of GDP annualised, according to Morgan Stanley. While exports grew 20 percent, imports […]

Most analysts are saying the dream by President of Libya Colonel Gaddafi  and other leaders in Africa  to have an Africa without borders cannot work saying it failed to work during the times when the Organisation of African Unity was formed in 1963.   Aron Mkupi from the University of Malawi said in an interview  […]