This is a very outlandish and cautious time, but significant in the life of Nigeria. The country is in a crossroad and the land is querying with anxiety and fear. What will the February 14 or now March 28 election brings to the country’s polity?  Insipidly but boorishly, the   cloud is gathering and tomorrow […]

Though teen suicides had been declining since 1996, in 2004 the rate jumped by 18 percent. According to new research, the 2005 rate went down, but not by very much. The rate was about 4.5 per 100,000, according to the research, which was published in Thursday’s Journal of the American Medical Association. At the same […]

BOOK REVIEW: ENVIRONMENTAL SCIENCES FOR ENGINEERING UNDERGRADUATES Authors: DR. SUSHMITHA BASKAR & DR. R. BASKAR Published by: Unicorn Books (www.pustakmahal.com)   With environment occupying the center stage of most newspapers and the world watching the unfolding events, a new book Environmental Sciences for Engineering Undergraduates attempts to explain all that an educated person is expected […]

The United States forest landscape is changing fast, mainly due to upcoming trends that are difficult to resist. And the three major trends that are expected to affect forest resources include: A changing forest land base, rising non-commodity uses and environmental health change.   The U.S. Department of Agriculture Forest Service noted that the ability […] 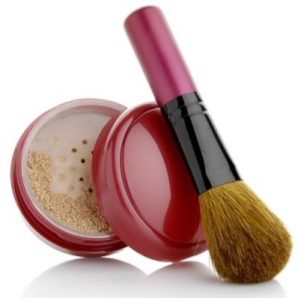 The cosmetics industry covers a lot of ground, offering products from makeup to hair styling to people around the world, but despite a consistent level of demand for these types of products, the industry itself is undergoing several massive changes, which collectively could dictate how companies survive in the future. Internal and external pressures are […]

An investor in NASDAQ:SPWR shares filed a lawsuit against certain SunPower directors over alleged breaches of fiduciary duties. Investors who are current long term investors in SunPower Corporation (NASDAQ:SPWR) shares, have certain options and should contact the Shareholders Foundation at mail@shareholdersfoundation.com or call +1(858) 779 – 1554. The plaintiff claims that the board of directors […]