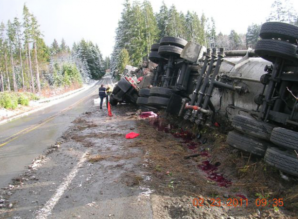 Just like  fore-fathers said, the way to destruction is widest. People in Meru awoke up yesterday lucky after a tank full of gasoline overturned. News of that accident greeted many who lived in a nearby slum in joy. The slum dwellers ran to the accident site with buckets and pipes ready to siphon any remaining […] 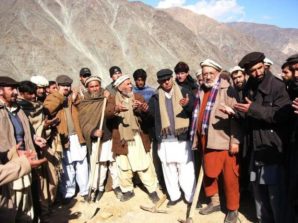 No Development without improving of communication network Sartaj Ahmad Khan.   CHITRAL:  Tehsil Nazim Chitral Sartaj Ahamd Khan said that no development is possible without communication network. He was addressing to the ceremony of installation of a VPTCL tower at Mori Lasht village some 25 KM from here where there is neither phone facility nor […] 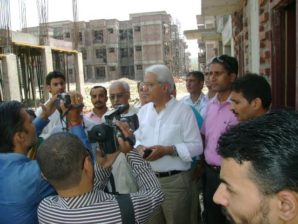 Jagti (Jammu),June 26 – Pt.Moti Koul, the President of Worldwide organization of Kashmiri Pandits, All India Kashmiri Samaj (AIKS) informed that there are approx.37000 KP migrant families registered at Jammu, Udhampur and other places out of which more than 7000 poor families living in rented accommodations are facing numerous problems. He urged the […]

Gaza: The 12th of Zionist aggression against the civilian population, orphaned & widowed the locals, in addition, an act of desperation by the Israel, now they have started killing the children, destroying the infrastructure roads, hospitals, education centers and settlements.   Some 600 Palestinians, that include 140 children, have been killed in the Israeli assaults; […]

A big crowd of poor city residents in greater Metro Manila area had been queuing to grab the small amount of cash dole-outs from the government which was started days ago. The 500 pesos cash incentive is intended to help residents pay their electric bills consumed for the month of May 2008. The national government […]

Before, only the vagabond, street dweller, homeless and the extremely poor people are the one eating orts or leftover foods that were discarded from the different restaurants and fast food chains in cities. These people roam the city’s garbage depots to look for leftovers, others works in dumpsites collecting salable trashed items and the […]