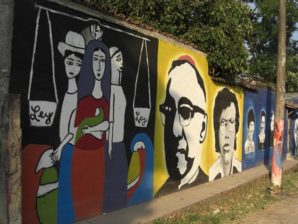 After the post-electoral hangover, various blogs from El Salvador posted their reactions to the news of the victory by FMLN candidate Mauricio Funes, who defeated ARENA candidate Rodrigo Ávila in the March 15 Presidential election with 51% of the vote. Funes, a former television journalist, ends nearly two decades of rule by the ARENA party […]