Odor control is an important part of water damage control process. The stench that comes from the clogged water may be due to various reasons. Some of the notable ones include mold, bacteria, rotten organic materials, chemicals, and the like. Often the stench is an indicator for pathogens and poisonous gases in the area. This […]

William “Bill” Dillon sings about his journey to freedom William “Bill” Dillon was wrongfully convicted in Florida for the murder of forty-year-old James Dvorak in 1981. It would take over twenty-seven years for Dillon to clear his name. The prosecution secured the conviction based on a bloody shirt found at the crime scene and […]

The Norfolk Four Michelle Moore-Bosko was raped and murdered in 1997 in Norfolk, Virginia. Michelle was the wife of William Bosko of the United States Navy. Five men were convicted of the crime. Four of these men, Joseph J. Dick Jr., Derek Tice, Danial Williams, and Eric C. Wilson, were wrongly convicted. Dick, Williams, and […]

The ongoing appeal trial for Amanda Knox and Raffaele Sollecito is expected to have an interesting twist as Rudy Guede is likely to take the stand on Monday. On the evening of November 1, 2007, Merdith Kercher’s life was stolen from her by Rudy Guede, a small time burglar that ambushed Meredith when she arrived […] 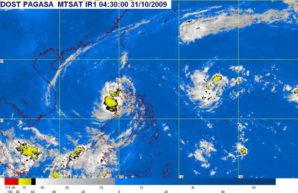 Media reports say at least a dozen people have lost their lives in flood waters that swelled rivers just south of the capitol region of manila due to tropical cyclone Santi (Mirinae) and at least 28 area are flooded south of Manila.   VIDEO: Overflow of Sta. Cruz River submerged 85% of Sta. Cruz town. […]