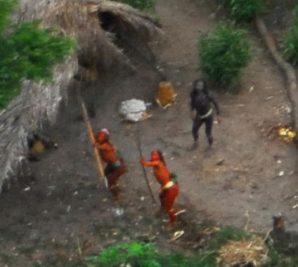 Posted by Jose Murilo Junior Brazilian Indians were in the spotlight of world media this week and the local blogosphere has much to say about it. From the images of an uncontacted tribe in the Amazon, which were ‘leaked’ first in a blog that is now claiming attribution rights for its scoop, to the […]

Unlike in other countries on the route, the Olympic Torch met only with smiles today in Macau, its last leg before Mainland China. Runners have already finished carrying the torch through the city with not a single disruption from protesters. On the contrary, it was greatly cheered by flag-waving spectators who could barely contain their […]