Search Results for: half marathon 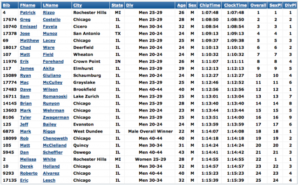 Fifteen out of 45 invited foreign marathon runners, which include the world champion, Lornah Kiplagat, and last year’s Glo champion, Disi Dieudonne, arrived the country on Wednesday for the event holding on Saturday. The athletes, who arrived aboard Kenyan Airways, were received by Glo marathon officials led by Harry Iwuala. Kiplagat, two-time world marathon champion, […] 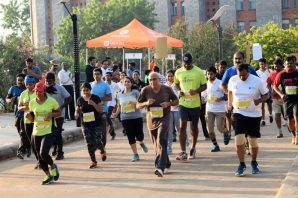 Highly inspired students and faculty of IMT Hyderabad, post their outstanding performance in the Hyderabad Marathon last month, organized a Trail Run on October 16th, Sun, 2016. To promote healthy life style, fitness and running, the Trail Runwas categorically designed to accommodate all types of runners’ right from amateur to pro category with the motto […] 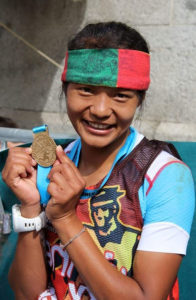 Mira Rai Won the international ultra-marathon of 80 KM held in France beating Anna Comet from Spain and Hilary Alin from the US to second and third position respectively.  The 12 and half hours marathon was organized in Chamonix of France. Earlier, she had also won in the 50-km Skyrunning Asian Championship in Hong Kong […]

Srinagar, October 02 (Scoop News)-Minister of Rural Development, Ali Mohammad Sagar has highlighted the role of Jammu and Kashmir Police in promoting sports in the State, besides performing their professional duties. The Minister was speaking at the flag-off ceremony of Kashmir Marathon “ Run for Fun” organised by Jammu and Kashmir Police at Police Golf […] 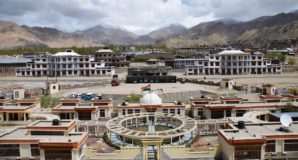