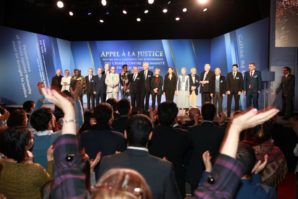 The Committee for a Democratic Iran ad the Committee in Defense of Human Rights in Iran held an event in Paris on Saturday, November 26, entitled “Call for Justice: Ending Impunity for Perpetrators of Crimes Against Humanity in Iran and Syria”, to discuss the situation of human rights in Iran. The international event featured speeches and […] 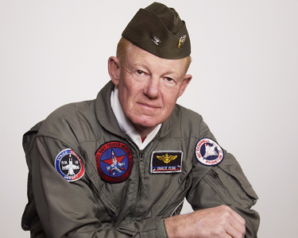 Boulder Crest Retreat for Military Veteran Wellness announces that Captain Charlie Plumb, U.S. Navy (retired), joins their honorary advisory board. Captain Plumb graduated from the U.S. Naval Academy in Annapolis, Maryland and went on to fly the F-4 Phantom jet on 74 successful combat missions over Vietnam. On his 75th mission, with only five days before he was […]

Death Penalty must be stopped in Iran   In an international conference in Paris on the occasion of October 10th, the World Day against the Death Penalty, the main Iranian opposition Coalition (NCRI) declared: “Our plan is an Iran without the death penalty and obliterating the mullahs’ religious decrees.”The conference sponsored by the Committee Defending […]

After looking at Auschwitz, United States President George W. Bush said that bombers should have been sent by the United States to prevent the extermination of Jews. US Secretary of State Condoleezza Rice explained that Bush referred to the train tracks that led to Auschwitz. At least 1.1 to 1.5 million people had been killed […]

In the year 1971, Zimbardo accepted a tenured position as professor of psychology at Stanford University. There he conducted the infamous Stanford prison experiment, in which 24 normal college students were randomly assigned to be "prisoners" or "guards" in a mock prison located in the basement of the psychology building at Stanford (three additional college […]