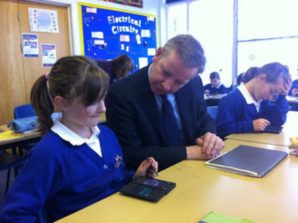 Michael Gove is planning a complete change to the way computer science is taught in school. The new lessons will be a joint project between universities and industry to make children more prepared for future life. In a speech at BETT 2012, Michael Gove claimed that children are bored by the current ICT curriculum which […]

Written by  Hayhuki Barseghyan, In each country, school textbooks teach one version of history that sustains animosity towards the other. Schoolchildren in Armenia and Azerbaijan are too young to remember the Nagorny Karabakh conflict which created so much hostility between their countries. But their school textbooks feed them an unbalanced view of history that some […]

The coverage of Casey Anthony trial was a new low for the 24-hour cable news. The relentless coverage led by legal pundits spinning every fact was appalling. As a former prosecutor and a veteran of trial lawyer, I must say the zeal with which the cable news stations turned a human tragedy into prime time […]

by Jen O’Neill   A recent study shows that science students learn as well through experimentation as they do through direct instruction, a potentially significant finding given the current debate over education reform.   Hands-on Versus Hands-off Learning Researchers at Western Michigan University have found that middle school students learn science “nearly equally as well […]

In its bid to cut abortion rate and sexually transmitted infections among teenagers, the family Planning Association and Brook, health Charity organisations in the United Kingdom, UK, have suggested that compulsory sex education be given to children early as four years of age. These bodies insist such move will help cut abortion rates and sexually […]