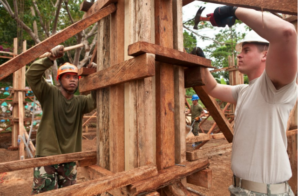 China’s military and Communist party owned newspapers have put out a increasingly harsh and hawkish tone versus the Philippines. A telegraphing of its blows, some might say, like a prize fighter in boxing of ‘action’ versus the Philippines. Increasingly the tone has been seen in more and more China based publications. []… Manila’s arrogance is […]