In a definite setback for President Barack Obama and Attorney General Eric Holder, the U.S. Supreme Court ruled today that individual states have the right to revoke the licenses businesses that know they are employing illegal aliens. The case is seen as a preview of another case involving Arizona and illegal aliens expected to go before the nation’s highest court. The justices […] 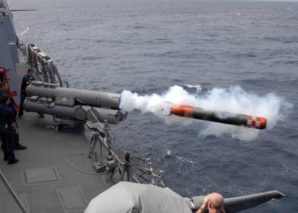 Iran is under fire this week for launching numerous ballistics against the urgings of the UN and international community. One of the most widely discussed and worrisome is the Hoot (Whale) Torpedo. What is the Hoot Torpedo? Like a normal torpedo, the Hoot Torpedo is fired from ships with the intent to down other ships […]

Syria on Wednesday accused the United States of trying to torpedo this weekend’s Arab summit in Damascus, which has been riven by deep divisions between Arab leaders. Egypt announced it would send only a low-level official to the gathering in a snub to Syria. The holding of the annual summit in Damascus has worsened the […]

The Russian Navy is seeking to re-acquire  at least “100 nuclear-capable Mi-14 anti-submarine helicopters for deployment within the Black and Northern Sea Fleets over the next two – five years”, according to sources in the Russian Ministry of Defense. The Mil Mi-14 is a shore-based amphibious helicopter armed with (optionally) a torpedo, twelve 64kg or eight […] 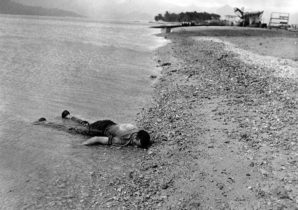 On December 7th 1941 Pearl Harbor was attacked by the Imperial Japanese Navy. The base at Pearl Harbor was attacked by over 353 Japanese fighters, bombers and torpedo planes in two waves, launched from six aircraft carriers. All eight U.S. Navy battleships were damaged, with four being sunk. Of these eight damaged, two were raised, and with four […]

As the latest collaboration between Reliance Industries Limited (RIL) and the Indian Defense Force, the Indian Navy has taken help from the country’s largest private sector company to shoot underwater videos of the TRV 72. The TRV 72 is a torpedo recovery vessel that sank on November 6th approximately 38 nautical miles off the coast […]