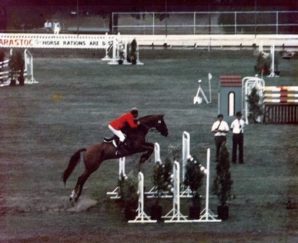 Posted by Emily Coakley to findingDulcinea You can lead a horse to China… Transporting horses to Beijing for Olympic equestrian events and housing and feeding thousands of athletes are among the many challenges for those who handle the logistics. Long, expensive flights has made just getting to Beijing a hassle for some Olympians. And although […]

New characters have been cast for “Heroes” season three which is titled as “Villains.” “Villains” was originally supposed to be part of season two of Heroes. However, the second season was cut short by the inevitable Writer’s Guild Strike. Now, Villains is still up in production. There have already been a few villains cast. For […]

The justices of the Supreme Court had rejected the appeals filed by Xavier University along with 68 other individuals and businesses that were damaged during Hurricane Katrina. They were seeking that the lawsuits against insurance companies to go forth. It was ruled by the lower court that the insurance policies did not cover damages by […]

KARACHI: Violence continued to grip the city on the third consecutive day on Saturday with 14 more deaths while hundreds were injured in separate incidents and shops, banks, factories and vehicles were torched. Four fire stations were also damaged with the Fire Office facing stiff resistance from miscreants in fighting fires. In Lyari and Keamari […]