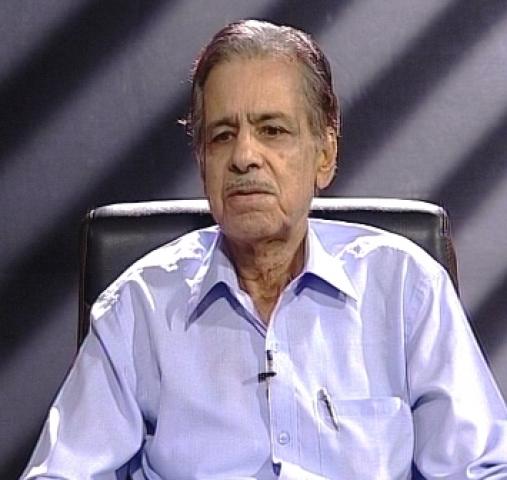 Jammu, January 07 (Scoop News) –JK Chief Minister, Omar Abdullah has expressed grief over the sad demise of veteran journalist Sham Koul describing him a reputed and popular media person who made his mark in journalist fraternity.

In a condolence message, the Chief Minister said that in the demise of Sham Koul the State has lost a noble soul and a journalist of high calibre. He conveyed his sympathy to the bereaved family and prayed for peace to the departed soul.

Political Advisor to the Chief Minister, Devender Singh Rana has condoled the sad demise of the reputed journalist Sham Koul.

In his condolence message, the Political Advisor highlighted the qualities of Sham Ji and described him a noble soul and a veteran journalist who contributed a lot to the journalism in the State.

The Political Advisor expressed his solidarity with the bereaved family, conveyed his sympathy to it and prayed for eternal peace to the departed soul.

In their condolence messages, they said that Koul was a reputed and popular media person who made his mark in journalist fraternity. They conveyed his sympathy to the bereaved family and prayed for peace to the departed soul.

Veteran journalist of State, Shyam Kaul passed away this morning at New Delhi. He was not keeping well for some time.

An alumnus of Aligarh Muslim University in Psychology and Islamic History, Shyam Ji as he was affectionately known, started his career in publishing from Mumbai wherefrom he shifted to Srinagar in early 60s. He reported for papers like Qaumi Awaz and National Herald and even for Radio and Television for about sixty years.

Of late, though he had taken off from active journalism, he was regularly writing columns for Kashmir Times.

The death of  Shyam Koul has widely been condoled all across the State.

A condolence meeting was also held at the Directorate of Information to pay respects to the departed soul. The speakers hailed the contribution of Mr. Koul in enriching the journalism profession with his incisive reporting and indepth analyses.

Addressing the meeting, Director Information, Zaffar Ahmad said in his death, the Department has lost a valued colleague, comrade and critic. He said in his six decade long career, Mr. Shyam Koul had made a significant contribution to news reporting from Kashmir both in print and electronic media. His demise, he said, has created a void very difficult to fill.

To condole the sad demise of veteran journalist & social activist Shyam Kaul, a meeting of the BJP senior functionaries was held at party headquarters on, where 2-minute silence was observed for the peace of departed soul. It was convened by State President Jugal Kishore Sharma, who paid rich tributes to Shyam Kaul. He said that the person like Shyam Kaul are real asset to any society and their demise cause a vacuum, which cannot be filled. The life and work of such people serve to be a source of inspiration of the others, he added.