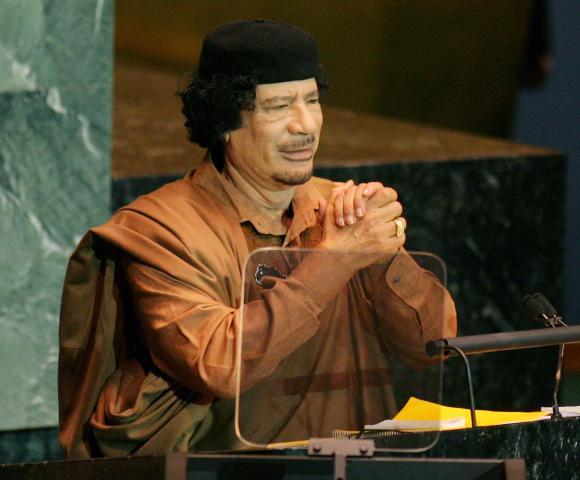 The unrest in Libya is something that has caught the eyes of  the world, when at least 300 protesters were killed by mercenaries allegedly hired by Libyan leader Col. Muamar Qaddafi to stop demonstrations on the streets.

Libyan protesters said on television that they knew they were mercenaries because they didn’t speak Arabic. It is not surprising at all to hear that. It is public knowledge how much money Qaddafi has accumulated during his 40 years of rule in Libya.

Reports said Libya has exported millions of barrels of oil to Europe in exchange for cash and goods in that span of time. Yet, news reports claimed that not many developments had taken place in Libya. Unemployment and other basic services are still not available. This is one of the reasons why the Libyan people had risen up against the government.

Political observers are not surprised at all why his son—Saif—was very ecstatic at all when he appeared on TV where he put the blames on the mistakes made by the military and the insurgents who had capitalized on the crisis at hand. Perhaps, the son was surprised that he could no longer inherit the throne of his father, when disgruntled Libyans had occupied the streets to show their frustrations against the regime.

News reports said what happened in Libya was the worst in the history of the Middle East. Egypt’s leadership under Hosni Mubarak was toppled down without so much bloodshed and so with Tunisia. But what took place in Libya was nothing but a show of force against the people whose only motive was for total reforms in government.

It could be a day of reckoning when the U.N. Security Council is done with its closed door meeting. In the past months, Qaddafi lambasted and even accused the Security Council for being a “Terror Council,” when he was allowed to speak at the U.N. rostrum.