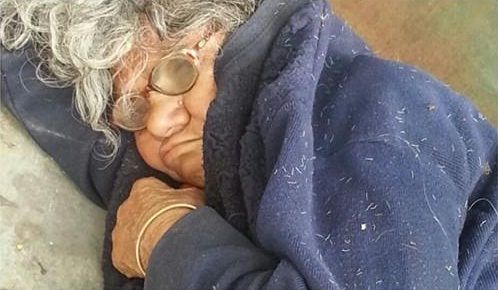 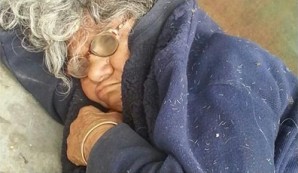 Crossing a road to reach a nearby bus stop on Sunday, when I saw a crowd of people gathered in circle. I rushed to see what’s there. A girl called Atiya begum who was concerned about a homeless lost women called to rescue people and note them the place where to come & about all this so far.

After some time a people of WWR came to the place and saw her in a rather bad condition. Her legs were badly bruised and on the verge of being infested with worms. And she was on the roads for quite a while. Her children who abandoned her are so insensitive. When they tried to talk to the lady, she refused to cooperate and kept shouting for all to back off.

Her mind was filled with memories of their children. She kept telling my children will come, even though she knew they abandoned her. They come every two days and take all the money from her said by Mrs. Alphonsus.

Then people somehow managed to put her in a Vehicle (can see in image) and took her to hospital for medical care. You know the best part? Even after all her children did to her, she did not give up the names of them. That’s called a mother’s love.But then later the son was nabbed and they found out his name was Mr. Khader. She is in good hands now.She will be back to her old self soon…Said by Witness Wide Rescue. Thanks to by standers who helped with the reduce!

All these stories are heart breaking! And shows the bitter truth of humanity.