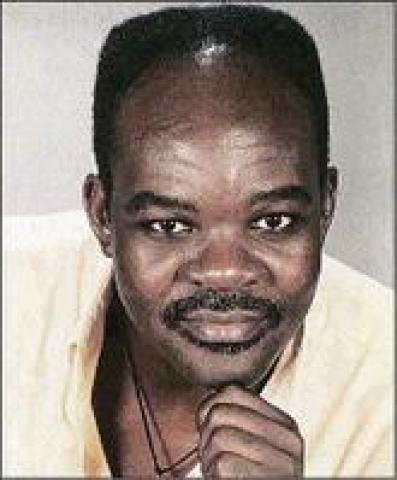 A Jamaican now living in the United States is believed to have the cure for AIDS, a diease many are suffering from, worldwide.

Apostle Shada Mishe ( name change from Vernon Palmer) said, "I did not come up with this ‘cure’ … but, I was given it by the Angel Gabriel, who appeared to me in 2002, and said, ‘I am going to give you the cure for AIDS.’ So I replied, "There is no cure for AIDS!" Gabriel asked, ‘Do you believe I am an angel?’ Now, looking straight and stern at me, standing about seven feet away. So, I said, "Yes, what is it?" He showed me a species of the palm plant. I asked him how to get it out, which he showed me, and said that the dose should be 60ml three times daily for 21 days and the person will be ‘cured’ of AIDS.’ Apostle Shada Mishe worked as a pharmacist in many locations, including Red Hills Pharmacy in St Andrew; the Kingston Public Hospital, Hialeah Hospital in Florida.

He also studied political administration, and law at Nova University and health services administration at Florida International University. Then, in 2002, Angel Gabriel, on a mission of mercy, manifested itself to him.

He said that when he was given the revelation he did nothing about it, but when desperation steps in when his friend was dieing from the disease he decided to take matters into his own hands. "So I gave him the 21-day dose. In which time, I had to boil and feed him with cornmeal porridge because he was so weak. After 21 days, Larry had recovered and was on his way to full strength. I made him take the HIV test again and it was positive’. This led him to seek the lord on this matter, if he was cured, why the result did come back positive. It was then that the lord reminds him of principle of virology 101. Just like small pox and mumps, when the virus is killed, the antibodies are left in the body. Therefore, the individual will always be positive.

He claims that the Lord God has given him to seven steps to isolate the active ingredient, which is soft and metallic in nature, and has carbon-uranium-sulfur-(classified)-phentolamine configuration or structure.

Mr. Palmer also said that, "AMBUSH is a radioactive isotope of uranium that is found in the palm plant of which there are more than 3,000 species. When ingested, AMBUSH causes the body temperature in the trunk area to rise to about 102 degrees when the individual is sleeping.

The preparation takes four hours per batch, which is then given to the individuals for consumption, 60ml three times daily for 21 days. AMBUSH is a herbal preparation in this form, but it contains an active ingredient, which is a new crystalline substance." He further stated that the active ingredient kills the virus by causing its protein envelope to rupture and the viral particles are discarded by the white blood cells. AMBUSH is able to kill the virus that is hiding in the lymph system by its natural radioactive properties. This process allows the body to return to normal health.

He said that he also given AMBUSH in the same strength and dosage to patients with leukaemia, lupus and HPV.

However, with such a claim you would think that the science environment would ‘jump’ on the chance to use the drug, but it’s the opposite. He said that no organization or government is willingness to buy into his claim. "I have sent this idea to most HIV research agencies, scientists in the field, universities, hospitals, clinics, politicians and news agencies (and) it are rejected because the name of the Lord God is mentioned”.

He said that a 35-year-old male AIDS sufferer who found it difficult to urinate was put on green tea and water, while his doctors think about prostate surgery. One of the doctors gave the patient his number after which a supply of AMBUSH was sent to the man. Since he has started taking AMBUSH 18 months ago, he has not been given any more anti-retroviral drugs, has been in good health and has expressed a willingness to be examined by HIV investigators. Still no one is interested in his cure for the disease that is causing the Governments all around the world to fork out millions of dollars to find treatment for infected persons.

Will organizations give an ear to his claim? Only time will tell, but how many more will have to suffer before his claim is attended to, but he as faith in his claim regardless of what is happening, "If this is accepted or not, believed or not, the Lord God always wins, and this is the heavenly truth to which AMBUSH was divinely given to mankind for the ‘cure’ of HIV/AIDS and it will be here forever."