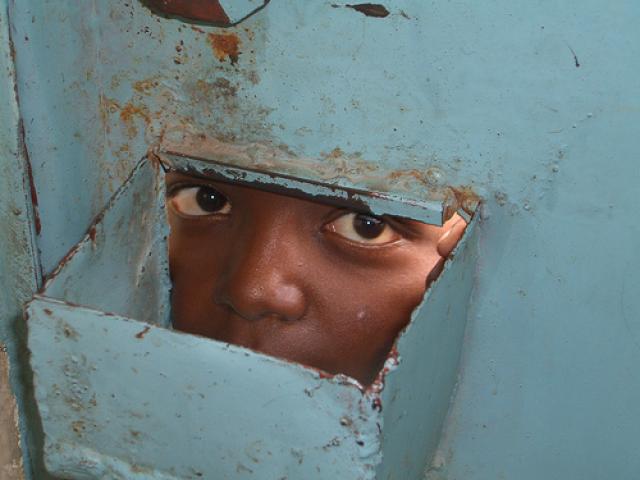 A letter to God from the people of Kenya

O God, you are my God; early will I seek you; my soul thirst for You; my flesh longs for You in a dry and thirsty land where there is no water. So I have looked for you in the sanctuary, to see Your power and your glory. Because your lovingkindness better than life, my lips shall prays you. Psalms 63:1-3

Why do you stand afar off, O Lord? Why do you hide in times of trouble? The wicked in his pride persecutes the poor; let them be caught in the plots which they have devised. Psalms 10:1-2

Have no doubt it is fear in the land, (Kenya). For what can men do when so many have grown lawless? Who can enjoy the lovely land, who can enjoy the seventy years, and the sun that pours down on the earth, when there is fear in the heart? Who can walk quietly in the shadow of jacarandas, when their beauty is grown to danger? Who can lie peacefully abed, while the darkness holds some secret? What lovers can lie sweetly under the stars, when menace grows with the measure of their seclusion? (Excerpts from Cry, the Beloved Country by Alan Paton).

The people of Kenya voted on 27th December. 2007 to elect their democratic leaders, having listened despondently to their leaders, policies and manifestos in the campaign trail, discussing each party’s candidates’ policy and manifesto. The electorates did wise to exercise their democratic rights to vote without failure neither rig for a given candidate, neither chose to vote along the ethnic dimensions. The Kenyan people knew what they wanted and that’s why they voted wisely. They wanted change, not just change but radical changes.

The Kenyan peasants voted for change, the real change but what they were given was not what they voted for, they were given the status quo by the electoral commission of Kenya whose their integrity have been worldly questioned and their results has turned the beautiful peaceful Kenya upside down, the nation have been ethnically divided and many Kenyans are still holding their horses waiting for the Kofi Annan mediation talks, to reunite, and then bring justice, peace, love and unity back to the Kenyan people.

The frail old men and women, the sick, men and women, husbands and wives, the youths of course which is the biggest population and the highest 2007 election voter turnout and campaigners, and perhaps the biggest jobless population in Kenya, also voted amicably without an exemption. They were in that queue for the last hour of polling day in the hot scotching Sub Saharan sun, jobless, hungry and poor, but just waiting to cast their votes for their preferred candidates, for real change which was coming soon for the people of Kenya. They all voted democratically and indeed candidly.

The Kenyan children never voted for neither any of the candidates, nor took sides, they remained neutral and continues with their schooling. But they knew that the wind of change was blewing fiercely, stirred up by the closely contested presidential election. There voices were always discontent in the air whenever they hear violence during any campaign trail among their elder brothers, “within minutes of the announcement of the presidential poll results, violence swept down the map like the blade of a guillotine in full-scale blitz. In dizzying succession of events, Kenya was tottering on the brink” says John Mwazemba a literary writer. The children were not spared in this political temperature, they both were killed and burnt alive in churches and houses, by the vicious creatures with humanity like them, a number of them were also literally displaced and lost their, parents, brothers, sisters, motherland, schools, friends, good neighbours and perhaps the beautiful country. In context, this children still feeling the panic spreading through there body whenever any night falls. They dream of eating and sleeping but they cant because of bad leadership. Their suffering can be argued that have got nothing to do with social factors, neither ethnicity, or little to do with poor economy, or lack of Aid from the International Communities but the problem of their suffering is derived from more to do with bad leadership. The dictatorial regimes which has plagued the country into anarchy since independence all the way to the flawed 2007 general election, olds their future at crossroad.

Nevertheless, the outcome of the bitterly contested presidential election have thrust has to unknown invited ghost to fellow Kenyans, where 1000 people have been brutally murdered, most of them were killed by police who were ordered by the government to use extra judicious force to counter their democratic protest over the disputed presidential election, some have been burnt alive in their houses and churches. An official estimates put the number of the displaced at 300,000, but the actual figure are certainly higher and keep rising day by day, as more people are evicted from their homes because they are not indigenous members of those locations. Yet the government keeps insisting to the international community that Kenyan situation is back to normal, yet the country is at ramson.

However, Kenyans have come to a convincing solution that the Kenyan problem is no longer on the basis of tribalism or politically ethicized as earlier depicted, but the problem is a political crisis which needs to be squared out politically. Satish Kumar puts it that “Democracy is also limited in its care for the interests of human beings. Democracy working with capitalism favours the few who have capital; democracy together with socialism favours the majority, but is still limited to humans”. In Kenya the rich takes it all and the poor remain penniless since Kenya got its independence, that’s why many are poor and the little rich are richer. That’s why the poor voted for real change.

O God, you’ve seen all the devastations, killings, suffering of your children, how the flawed process of the presidential election has done to our lives and we have seen your wrath which has befallen upon us. We believe that we all have made a mistake of allowing all this to happen in your beautiful peaceful land. We have acknowledged our sin to you, and we ask for your hands and forgiveness in solving this political crisis turning our country upside down. Amen.