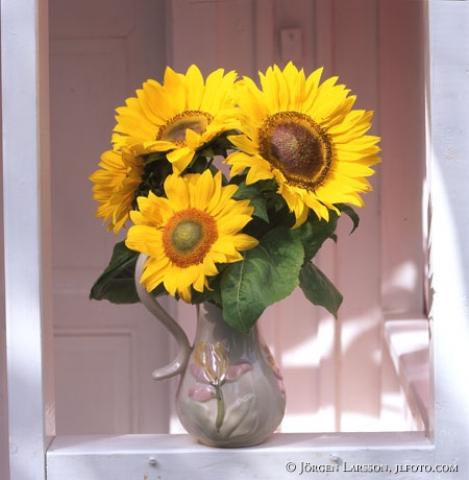 Flowers have been irresistible to painters through the ages.

The meaning associated with a specific flower differs between cultures;the symbolismm for each given here is from Western European culture unless specified otherwise.

These days we´ve lost much of the symbolism associated with them.

A symbol for longevity (it´s always got green shoots) as well as strength and grace (it bends readily but doesn´t break easilly).

In Chinese philosophy the straight stem of bamboo symbolizez the path towards enlightenment,the segments of the stem being the steps along the way.arnation

A symbol of betrothai or engagement.In China,a carnation is a symbol of marriage.

If the carnation is striped,it stands for refusal.

If the carnation is yeloow,it stands for disappointment

A white chrysanthemum represent the truth.

A yellow chrysanthemum represent a slight.

The three divided leaves of clover represent the Christian Holy Trinity of God the Father,Christ the son and the Holy Spirit.

Is the most basic of flowers,and is a symbol of innocence.

Is a highly poisonous plant with purple bell flowers and small black berries.

It´s a symbol of deception,danger and death.

´´Forget me not´´ are supposed to have been the last words of a young man who fell into the river and drowned while picking these flowers for his lover.

A less-common symbol for love.Also of generosity.

Associated with death as Iris was a Greek goodess of the rainbow,which she used to travel down to earth with messages from the gods,and to transport women´s souls to the underworld.

The three upright petals and three dropping sepals are symboles for faith,valor and wisdom.

This strongly scented,white flower is used as a Hindu symbole for love.

Symbolizes chasity (beacuse juniper berries are protected by the tree´s thorny leaves),Christ (an association with the crown of thorns place on the head of Christ),and eternity (juniper wood is supposedly never attacked by bugs or worms).

White lilles represent the purity of the Virgin Mary.The Angel Gabriel was often painted preseting Mary with a white lily when he announced to her that she would give birth to the Son of God.

Is a common symbol in Asian art.Lotus symbolizes birth and rebirth through the fact that the petals open when the sun comes out and close when the sun sets.

Lotus is also a symbol for fertility,creation and purity.The long stem symbolizes our connection to our origins,while the flower represents the enlightenment to which we aspire.

If you´re standing under a mistletoe at Christmas,it gives anyone the opportunity to kiss you.

Is a symbol for prefection.The spots on a orchid sometimes represent the blood of Christ.

Is a symbol of death.

Red poppies are a symbol of Remembrance Day (11 November),which commemorates the dead of the First and Second World Wars.

For virginity and purity,use white roses.

In Catholicism,red roses are a symbol of the Virgin Mary.

It´s said that if you touch a lover with a sprig of rosemary,they´ll be faithful.

As a flower which blindly follow the sun,sunflowers have become a symbol of infatuation or foolish passion.

A thorny plant with a beautiful flower,the national symbol of Scotland.

In Christianity,it represents the suffering of Christ.