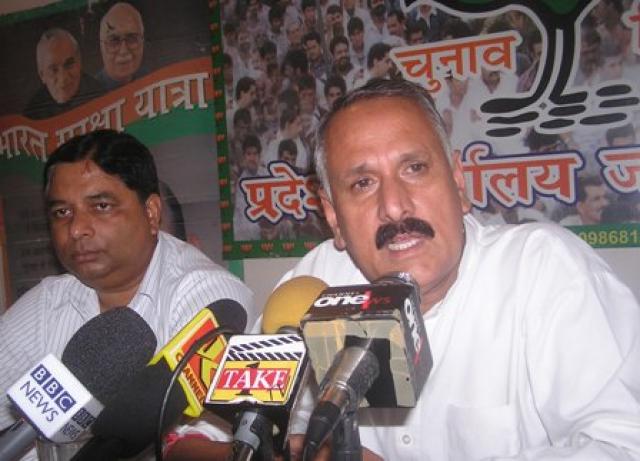 Jammu, June 01  (Scoop News) –  Reacting to the statement of expelled BJP MLA Prof. Chaman Lal Gupta that the latter continous to be the leader of the party legislators group in State Assembly, the BJP State President Shamsher Singh Manhas clarified that this is an absurd contention because a person who has been expelled from the primary membership of the party does not remain entitled to hold any post in the name of the party.

Manhas further stated that it hardly needs reiteration that Prof. Chaman Lal Gupta is no longer entrusted with any party assignment or responsibility by the party high command.

Manhas also hinted at further discussion about the related aspects of the issue during the upcoming meeting of BJP National Executive Committee beginning from June 03 at Lacknow which will be attended  by him along with National Executive Members from the state  Dr. Nirmal Singh, Ashok Khajuria and Dr. Jitendra Singh  as well as the new leader of BJP legislators group Jugal Kishore Sharma.

It may be mentioned here that the National Executive Meeting is an occasion where the entire top brass of the party is present including  the  party National President Nitin Gadkari and senior leader L.K. Advani.

About the fate of other six legislators besides Prof. Chaman Lal Gupta, Manhas said that the Central Disciplinary Committee of the party under the chairmanship of O.P. Kohli is examining the cases as per the party constitution. Decision about them would be taken after due consideration in course of time.

Decision about about the fate of suspended six legislators them would be taken after due consideration in course of time.