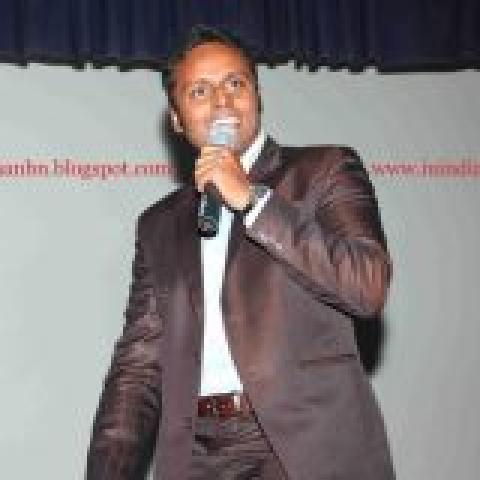 A Blogger from India, Mr Mohan BN popularly known as the Multi-lingual Star for India as he speaks fluently in 6 different languages 5 Indian and English, has created a NEW Record, after he completed an average A BLOG A DAY for one full year now starting 4th March, 2012 to 4th March 2013.

His analytics report showed more than 11,000 Views coming from the US while about 4500+ came from India where he originally belonged. His frequency and depth of blogging has inspired many a blogs to start and run at this speed.

He started with a vision ABAD – A Blog A Day. Though there were inconsistencies in between, like any other success story, he made up for all of them by walking extra miles when needed and compiled more than 25 blogs on the last day. He started as a novice into the world of blogging and today has quality blogs. He is getting invited from different Newspapers and media companies to write for them.

Companies are placing invites to him to develop content for them, while he is continuing his journey as a Blogger. Besides being a blogger he is a speaker at Inspiration Unlimited, He teaches Physics as a teacher at a school while he is an Ex-Software Engineer. He worked at Oracle for more than 3 years and is a pass out from a Premier Institute in India.

This clearly marks the beginning a new era in Indian Blogging Community, but more than that in the youth of India, who are ready to take the risks and try new careers which are out of the box. They are believing in the unseen and untouched. They are willing the fathom the realms of uncertainties more than before.