The Public Health Department of the Colombo Municipal Council has decided to introduce a Horn Free Day and Horn Free Zone for the Colombo City coincide with World Environment Day falls on this Thursday(05) to reduce the increased noise pollution in the city.

The noise pollution in the city has been increased by 8 Decibel Units during last 10 years and now stands at 72 Decibels the Chief Medical Officer Of Health Dr.Rohan Wijemuni has said.due to this situation diseases like High Blood Pressure are in increase among adults and children Dr.Wijemuni has revealed.

“Therfore the Public Health Department has decided to introduce a Horn Free Day and Horn Free Zone at seven selected roads on this Thursday between 8.30 a.m to 10.30 a.m to aware the public on the importance of reducing noise pollution and during that time period there’s no stopping of vehicles in the city” Colombo Chief MOH has stressed.

Meanwhile according to a latest survey done by Central Environment Authority and Industrial Technology Institute around 90% of the noise polluters in Colombo City are bus drivers and drivers of heavy vehicles who are tooting horns unnecessarily .Sri Lanka has recognized as the only country that tooting horns unnecessarily even at traffic jams,bus stops and sometimes at co lour lights researchers have said. 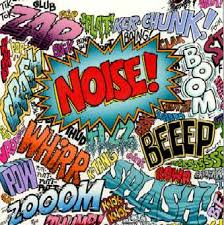