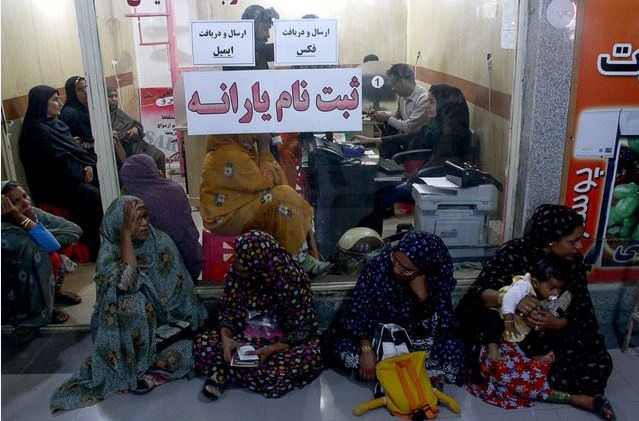 The question of subsidy and the government’s efforts to encourage a significant portion of Iranian people to avoid receiving subsidies has nowadays become a main issue in Iran. 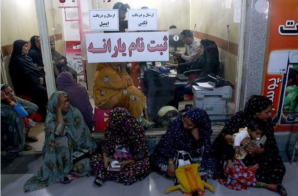 Tasnim state news agency on 29 April wrote: “Although the government tried to use various tools to discourage the rich from receiving subsidies, but what has actually happened is different from the initial target. So, more than 90 percent of people who applied for subsidies recognize it as their own legitimate right. Why in practice the government’s goals were not achieved, remains as a question that has occupied the minds of many. Some regard this problem as lack of trust between the people and the government and others consider economic factors and high cost pressures over the people to be the major factors influencing this matter. ”

According to this report, Emad Afrough, an expert on Iran’s economy who is also ironically affiliated with the current regime has emphasized on the failure of these economic policies and stated: “From day one, the way to implement the targeted Subsidies was in conflict with philosophical essence of subsidies and relevant experiences in other countries. Subsidies are defined as policies to fill the economic gap between people and resolve the problem of employment and production. If government provides subsidies to everyone, which economic class gap does it fill? How can subsidizing all social stratus be consistent with any social philosophy and economic theory? These types of payments are structurally wrong from the outset”. He continued his statement by reiterating: “the government’s economic strategy has been wrong in two issues: to withdraw the subsidy and the basket of goods”.

Daily press “Islamic Republic” in an editorial on April 29 stressed on the overall “poverty feeling” in the society as the most important reason for disregard of people to calls from grand religious leaders to withdraw from receiving subsidies. This paper pointed out “that to feel poor by general public stems from their distrust on government’s functions and particularly future economic changes.”

The cleric regime resorted to a widespread propaganda in its mass media by using numerous Fatwas (religious verdict) from different grand religious leaders trying to encourage people to withdraw their demand for subsidies. Despite all these efforts, this was immensely refused by more than 90% of Iranians who insisted on their right. This public defiance basically signifies and symbolizes the general hatred of the people for the current ruling regime in Iran. 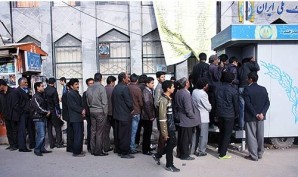 Iranian women in line for subsidies

The newspaper “Islamic Republic” in another part of its editorial has strongly criticized the improper use of such grand ayatollahs as a means of discouraging people from receiving subsidies and insisted “there is no doubt the loss of social capital in the country’s economic problems and difficulties can be thousand times more catastrophic  than millions of economic disorders and crises’’ .

According to the state news agency Tasnim Mohamed Baqer Noubakht, one of regime’s Vice Presidents, in a visit to the city of Kerman pointed out that according to the targeted subsidies law government must increase the price levels. He said: “This is the law and the state in this context has not done anything wrong”.

He said: “It was supposed that the revenues generated by raising prices should be given to government, but this has not happened.” Thus, this indicates the earnings from increase in prices have been practically meant to be allocated to official organs to enable them to run their affaires and that is merely made possible solely from robbing the pockets of masses of poor people.

President Hassan Rohani and his wife even after becoming President received subsidies!

Hassan Rohani who these days calls that only needy people should apply for subsidies and the rest refrain themselves from receiving it, has been getting subsidies  for himself and his wife right from the beginning of the project during  Ahmadinejad’s presidency up to seven months after he took office! He and his wife have already received more than three million and three hundred thousand Toomans (Persian Currency) worth of subsidies.

Meanwhile the state-run – close to Revolutionary Guards Corp- Fars News Agency on April 16 by referring to recent revelation on several million dollars expenditures on building luxurious facilities, sauna, swimming pool and sports halls in the Presidential compound building complained: “While the government embarks on intense campaign to dissuade people from receiving subsidies, … none of the government officials have provided any explanation on this matter.”

However, Tasnim News reported on April 22 that deputies on the clerical regime’s parliament floor have demanded Rohani to clarify this and have pointed out to him: “even without sauna and swimming pools, one can work for the people!”

The public outrageous response has its roots in economic pressures exerted on them, but as long as the regime is concerned there is a basic challenge facing them. And it is the fact that people do not have any trust in the current authorities. This has basically intensified by daily disclosure of widespread corruption, embezzlement and looting of public funds that occur consistently.

Under such circumstances whereby large proportion of Iranian society falls below poverty line the Iranians have no intention to sacrifice their minimal rights as they constantly witness incredible plunder of Iran’s sources by its fraudulent leaders.