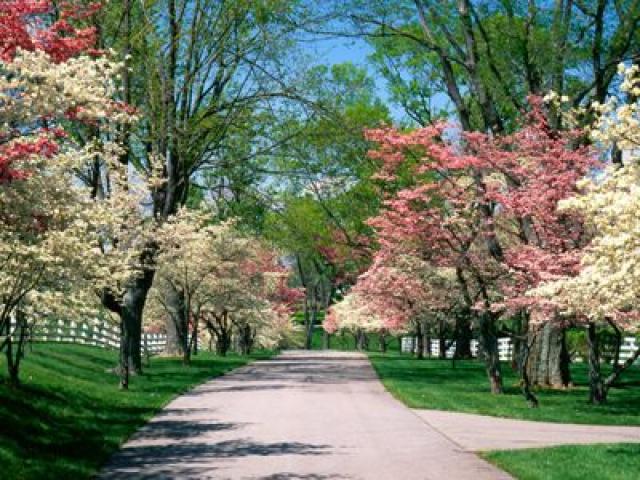 It has been a depressing week, even though the weather is spectacular.  The pink dogwoods lining the streets are creating the illusion of an earthly paradise, La Vie en Rose.

This week, a good friend of mine finally gave up and put his house on the market.  He used to be an overpaid and overworked investment banker but now he can’t find a job, any job, except at the Apple Store in the Westchester Mall.  The era of late nights, spreadsheets, eating Chinese at the office and taking a black car home is over.

After trying to be a principal, instead of an advisor, he learned the hard way that it isn’t easy to be a member of the bourgeoisie – regardless of what his leftist professors said in college.   After losing ½ the nest egg on a special-purpose acquisiton corporation or a SPAC, he then founded an advisory boutique to cover the bills.  But the advisory business is also crowded these days so he burned through the rest of the nest egg on rent, secretaries and business trips to emerging markets.   Lately he has been drifting into the role of Mr. Mom blowing off meetings to drive the kids to tennis lessons and SAT tutoring.  Like more and more middle aged men in the suburbs, his over-educated wife is making the living and providing the all important medical benefits.

A few months ago he realized that he can no longer afford to live in the suburbs of New York.   His property taxes alone require a salary of more than $100,000 per year, and that leaves little for the mortgage, private tutoring and acceptable car.  To live comfortably, like before the Great Recession, when he had a gardener, maid and full-time nanny (all off the books), he would need to make $360,000 per year; fewer of those opportunities are available to men in their late 40’s these days.  For the New York suburbs, the golden goose of Wall Street, siphoning off a couple of percent from each American transaction, is over.  Looking ahead, he can see no way to care for his family and put aside the money needed to fund  another generation of Ivy League educations, much less retirement.

So my good friend is moving to Arizona, where the housing bubble has burst, and rents are one-half the level in Scarsdale.  There he can get a 4 bedroom house for $2,500 per month, roughly the cost of just his property taxes in New York.  His wife has been offered a job at the same pay rate as New York, so their standard of living will double.

We spent some time the other day looking at potential jobs in Phoenix – wondering who do we know at Avnet or Dial Corporation.  The city boasts a few corporations of size and some medium sized financial institutions but all-in-all it’s still a backwater in the middle of a bloody hot desert.

As we looked at the Google search screen, the conversation turned to the ‘short sale’.  He had bought the house in 2004 for $1.2 million, put 10% down and gotten a $1 million loan from Chase.  At the time, it looked like a great move – what could go wrong in Scarsdale, New York with its great schools and gold-plated municipal services.  Then in 2006 he was able to borrow another $120,000 from Citibank against the appreciating value of property during the real estate bubble with no paperwork.  So by 2006, he had no money in the deal.

His loans were interest only so he has never paid down a cent of principal.  Even so, with rising property taxes [someone has to pay for all those pension promises and retiree health care costs] and interest on the mortgage, his carrying costs are $8,000.  On the rental market, the house could bring in only $5,000 per month.

Today, the house is worth $880,000 according to a real estate agent.  That means that either he or banks will lose $320,000 in principal plus $60,000 of transaction costs.  Since he has no assets left, having depleted the nest egg pursuing the American dream, bankruptcy is not a good option for the banks, so the house will become another short sale.  The way a short sale works is that the homeowner first gets an offer on the property and then, through a lawyer who gets a fee, informs the bank that he is walking away from the mortgage.  In my friend’s case, Citibank will lose everything, all $120,000, and Chase will get 77% on the dollar.  This is a better deal that bankruptcy where the house will stand empty for months – depreciating in value – while the default works its way through the courts.

I have written many times in GroundReport that default is the natural way to cleanse the financial system of unsustainable credit and build a foundation for future economic growth.  I am a great admirer of the Obama administration’s handling of the restructuring of the US auto industry.  But it is different when it happens to one of your friends.  As Josef Stalin said, “The death of a one person is a tragedy; the death of millions is a statistic.”

The cautionary tale here is that Citibank and Chase don’t know that this short sale is coming, because my friend has never missed a mortgage payment.   It will take a lot of ATM fees and late charges to cover $380,000 in principal loss, or another round of Q3 or  ‘bankfare’ in the form of an artificially low Federal Funds rates to rebuild Citibank’s equity.

Based on the ‘For Sale’ signs littered between the pink dogwoods up and down the streets of my community, the fallout from the collapse of Wall Street is just beginning to hit the suburbs of New York.  The nest eggs are depleted; the gold goose is dead.