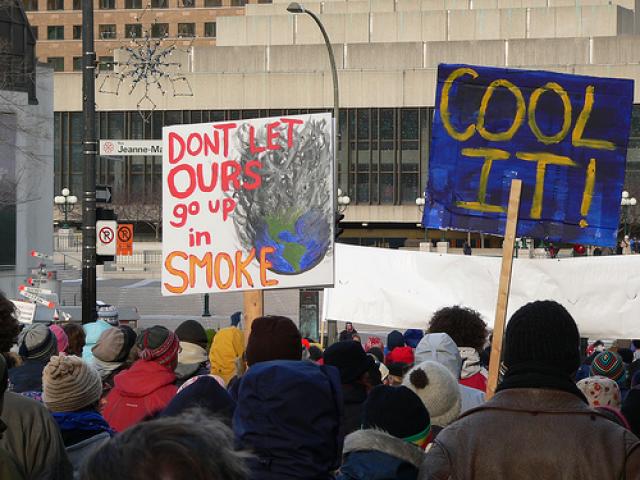 We have tried biofuels, we have traded carbon credits, we now successfully mass produce very cheap solar panels and we have used air to fuel our vehicles (fuel cells) but nothing seems to be working our way; we still haven’t been able to reduce the degrading effects our activities are having on our climate. One thing we can (and surely need to) do is to look into the past and learn from the scores of civilizations which faced almost similar problems. While most of them perished and got buried under the sands of time there were some which were resilient and fought the predicament that we face today.

One such civilization was Chimor ruled the northern coast of Peru between 850 AD and 1470 before the Incas took over. Anthropologist Brian Fagan’s new book, The Great Warming Climate Change and the Rise and Fall of Civilizations, gives a remarkable insight into this civilization’s struggles with the climatic conditions of the Medieval Warm Period.

For a spark of hope Fagan offers the example of Chimor, a kingdom in coastal Peru tormented by El Niño flooding and severe droughts throughout the Medieval Warm Period. The Chimu people thrived nonetheless by diversifying their food supply and protecting their scarce water resources. In a historically arid region with uncertain food supplies, they successfully tapped their centuries of experience with irrigation, soil conservation and water management. Look no further for a global-warming role model.

‘The Great Warming’: Climate change? Been there, done that – IHT

Yes look no further for we have got one of the simplest, economical and highly efficient way of tackling the problems we face today due to the changing climate. The Chimu people worked on the most basic ideas to solve the problems of food & water scarcity and were able to see off the calamity.

So here’s a simple solution: Plant more trees, harvest rainwater and adopt scientific approach towards irrigation, especially in the developing countries. Planting more tress would conserve the soil which in turn would increase the farm productivity and would also reduce the risks of flooding since soil erosion would decrease.

Rainwater is what I can nature’s best gift to us. We say water is life and every time it rains nature blesses us with it. So why not collect it and use it. It doesn’t require high tech equipment or high maintenance; just collect it and use it – for free. Recently the Scottish government increased the amount of monetary support they would give to families and small groups to install alternative energy sources, similar incentives should be given for the installation of rainwater harvesting equipments.

Today we see that in many developing countries the farmers don’t apply scientific practices to farming irrigating the their crops more than what is actually required. In India, for instance, the farmers are given free electricity so many of them carelessly use the tube wells to over irrigate their farms. Governments around the world need to give more emphasis on teaching and encouraging scientific agricultural practices among farmers. Improper use of pesticides and fertilizers which may lead to biomagnification and eutrophication in nearby water bodies leading to loss of marine life. Hence is it is important that the farmers get to know the possible consequences of their practices so that they take up a more responsible approach.

The steps discussed above are much more effective and economical than those popular nowadays like biofuels, solar wind power and fuel cells. Simple steps like using rainwater instead of tap water for household activities or planting trees can be done by the people of any country developed or developing. The solution to our problems lies in the tried & tested techniques that our ancestor used for centuries and we need to adopt them right now.