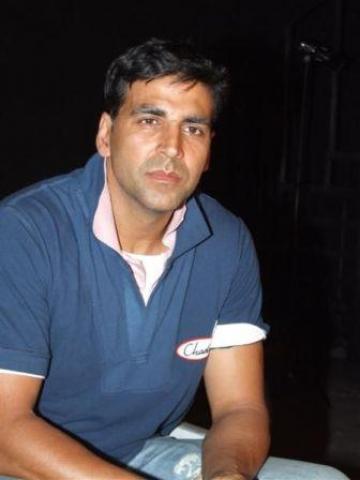 After he flew in from Los Angeles, Akshay Kumar traveled to the Silvercity Brampton Cineplex in Toronto, Canada, on Friday to unveil a giant billboard of his forthcoming movie Singh is Kinng.

This is the first time an Indian movie has been so advertised and in such a manner at Toronto’s prime Hollywood theatre location.

The organisers of the event, the international arm of Studio 18, called it a historic event. Silvercity in Brampton is well chosen as this suburban city, north-west of Toronto, has the highest concentration of South Asians which gives it the appearance of another Indian city.

To the star’s pleasant surprise, there were several hundred cheering fans waiting for him.

"I’ve always received an incredible amount of love from the people of Canada; my films have met with a great response here," exclaimed Akshay. "I’m glad that Bollywood is finally getting its due and even more elated that Singh is Kinng has heralded this change!"

He alluded to the fact he is technically an Indo-Canadian. Akshay has had permanent resident status in Canada for over 10 years. So, he rightly called Toronto his second home. "When I retire, I will move my family to Toronto and settle down here," he said.