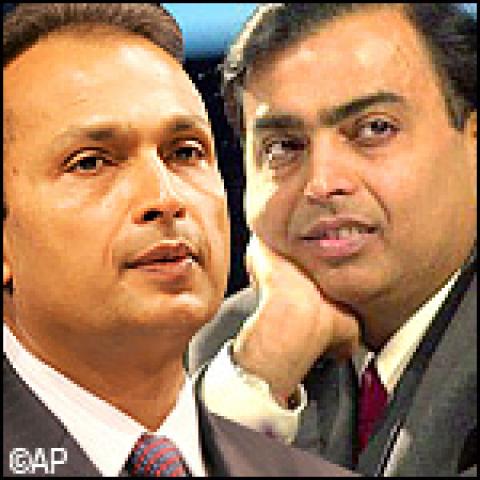 Billionaire brothers Anil Ambani are the only Indians who figure on American magazine Vanity annual listing of the world’s 100 most powerful and influential people.

The brothers are ajoint new entry on the list, at number 67 spot described as the bickering brothers with the common net worth of $85 billion, the entry on Mukesh, 51, and Anil, 49, mentions the fact that the elder Ambani is buildinganew, 27 floor, 550 foot tower in Mumbai as his residence, which is likely to be the world’s costliest home.

Anil, according to the article, is on the verge of buying into Steven spielberg’s DreamWorks witha by $500 millionplus capital investment.

Filed under: Media & Tech, World
Share Tweet Pin G Plus Email
previous article: Our understanding of the Universe is about to change…
next article: Relations between Russia and Georgia deteriorate Further