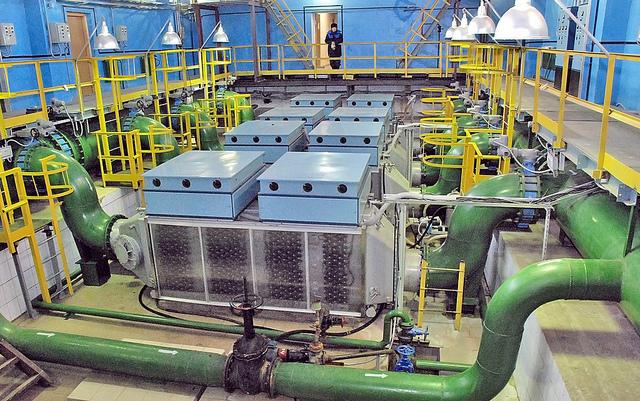 A cynical, no-holds-barred war on Togliattiazot (ToAZ) has been raging since the beginning of this year, and has increasingly been in the spotlight, and not just in Togliatti and the Samara Region. People are increasingly asking themselves about the price the society has to say for boundless ambitions and greed of some businessmen who, instead of creating new ventures and adding value are hell-bent on taking over and subsequently plundering other people’s property.   Well-known Moscow-based blogger Mikhail Vasiltsov has written recently on the subject, and his post generated wide-ranging repercussions and a large number of comments. Ploschad Svobody is running his article Mazepin Loses Face and Orientation below (keeping the original author’s style).

I believe it is time we can safely apply the term “war criminal” to our corporate jungle. Businesses are locked in never-ending struggle for survival and taking over each other. This ongoing battle affects the lives of many millions of people, and has no regard for any rules or principles. If it suits you, you can break laws, you can use those who are put there to protect and enforce these laws, you can use the media to spread lies, you can use your lawyers to hide the truth, you can take hostages if it suits your interests, or you can kill women and senior citizens. And so on, and so forth – truly with no holds, kicks or punches barred. The winner takes all, but the amount of scorched earth left in his path is immense. Businessmen and their hired henchmen are counting the proceeds, while the society is scared out of their wits, looking around, trying to figure out how to rebuild life amidst the rubble, realizing full well that the rebuilt homes, roads, assets and life as we know it will all succumb once again to suit the greed and selfish urges of the next set of invaders.

In this state of ongoing corporate warfare without rules or any regard for anything akin to Geneva conventions, the “Russian project” would be doomed to failure, even if the price of crude oil could be set by a vote of Russian nationals. Our business community has to set a few basic rules (even two or three rules would do), not to be broken under any circumstances, no matter how desperate the fighting gets. If you were to break these rules (which could be unwritten rules), you would become an outcast with absolute certainty. Not only would nobody shake your hand or talk to you, you would literally be better off dead. If we do not have some universally recognized restrictions, just like the bans on chemical weapons and anti-personnel landmines in actual warfare, this total war of everybody against everybody else would destroy, it will devour the young Russian society which is only just defining itself.

Here’s only one of the more recent examples of these “war crimes.” Russian chemicals tycoon Dmitry Mazepin who lucked out a few years ago and cobbled together a conglomerate of several chemicals manufacturers and stakes in a few chemicals companies. For him, business warfare is his element. On the face of it, the man had more than his share of luck, graduating from a small-time wheeler and dealer to a big-time industrialist. Other people in his place would thank their good fortune and keep their noses to the grind, developing their newly-acquired business, building it up, upgrading it… But no, sometimes greed knows no limit, the devil keeps up his tricks, and the talent for creation, talent for making things is lacking. Instead, Mazepin launched a war on successful and perfectly well-managed Togliattiazot, in which he bought a small stake right before the 2008 financial crisis. This deal – buying near the peak of the market – is yet another telling sign of the new tycoon’s business “acumen.” But if there’s one thing Mazepin can do well it is fighting, especially, as the following will show, if it is fighting against women and older people.

Although the chemicals tycoon waged an all-out war against Togliattiazot from day one, but at first he stayed within the bounds of accepted business practices in the wild jungle that is the Russian business community. Courts were flooded with frivolous law suits, the police started questionable criminal investigations of ToAZ management on obviously trumped up charges, and an all-out smear campaign went on online and in tabloids – in other words, the ammonia producer was attacked in every conceivable way available in the handbook of Russia’s business warriors. This went on for a month, three, six moths, but it was only a waste of money for the attackers, it was business as usual at ToAZ, and Mazepin was stuck with his small minority stake in the ammonia plant with a pretty dim outlook for expanding his interest. What would a sensible businessman do in a society with solid rules in place? Right, step aside, take a deep breath, and start looking for lucrative opportunities elsewhere.

Mazepin did the opposite of the sensible thing – he escalated the conflict, dragging the whole city of Togliatti and half the Samara Region into his personal little war. Ordinary citizens, who neither hold ToAZ stock nor work for the company, are threatened at every opportunity with an imminent catastrophe that is going to hit both Togliatti and surrounding areas. Unauthorized protest rallies are organized in Togliatti for which hired extras are brought in from outside the city to stir up the community. Building walls, billboards and fences are covered with scary images of the impending disaster. Local residents receive offers of money to write complaints against Togliattiazot to regulators. In a nutshell, no expense is spared to turn the city upside down, to “own” it, as a local blogger put it in one of his posts. This has been going on for months, day after day, in a manner reminiscent of Nazi divisions making their way towards Moscow during the 1941 invasion.

The people of Togliatti are direct and can stand their ground if they want to. They would not take this onslaught sitting down. Well-known and respected citizens of Togliatti, wrote an open letter to Presidential Envoy to the Volga Region Mikhail Babich, Russia’s Prosecutor General Yury Chaika, and Investigative Committee Chairman Alexander Bastrykin. The letter describes the situation and contains a request to do something about the oligarch who is clearly out of line, and stop the assault on the residents of Togliatti. The authors of the letter were very understanding and accepted that Dmitry Mazepin might have legitimate problems with the core shareholders of Togliattiazot. Residents of Togliatti recommended that Mazepin should do what would have been obvious to any reasonable person. “We have the rule of law in this country, and if any disputes should arise that cannot be resolved by negotiations, one can always go to court and try to prove his position there. We are against turning a run-of-the-mill corporate conflict into an all-out war on the whole city.” You would have to agree that this sounds very diplomatic and reserved after months of non-stop aggression against the citizens.

Mazepin’s response to the open letter showed that the chaotic Russian business jungle created a monster for whom common sense and considerations of common ethics are like a red rag to a bull. An announcement was circulated nationwide, from Krasnodar to Vladivostok, that the open letter was written by homosexuals, people who “have lost their way” and become “confused about their sexuality.” Mazepin wrote this about a church warden, war veterans, army officers and many other people well respected in the community. This was not a private ill-considered statement, it was broadcast across the country. And the scariest thing about this all is that after this Mazepin became completely disoriented – not in terms of his sexuality, but as a human being, forgetting about his conscience, common decency and honor – the fundamental standards of any working community. And nobody would stop the crazy man with an inhuman face and a torch in his hands, who will go up in flames himself eventually, but will take our common home with him.