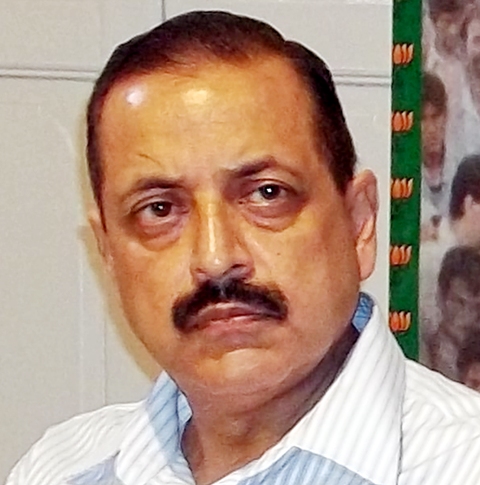 Jammu, June 29 (Scoop News)-Retorting in the same vein to Omar Abdullah’s sarcastic Tweet asking L.K.Advani to devote some Blog space to explain his “silence” on Article 370 between 1998 and 2004 when he (Advani) was in the Government, BJP National Executive Member & J&K Chief Spokesperson Dr Jitendra Singh said the answer is very simple that Advani was a part of a multi-party coalition NDA government of which Omar Abdullah was also a part and the BJP did not have sufficient numbers to do anything about Article 370. In the same phraseology as used by Omar in his Tweet, Dr Jitendra Singh went on to say, now it is Omar’s turn to devote some Twitter space to explain Sheikh Abdullah’s “silence” on “Autonomy” between 1975 and 1983 when he was chief minister of J&K with absolute majority and full Congress support in the State Legislative Assembly.

Dr Jitendra Singh said abrogation of Article 370 is BJP’s consistent stand unlike National Conference which rakes up “Autonomy” only when out of power or when fearing loss of power.That is why, he said this time in the forthcoming Lok Sabha elections we are going to people to seek absolute majority for the BJP so that we can pursue our avowed objective for abrogation of Article 370. And if BJP manages to come to power on its own,our experience tells us that fringe regional parties like National Conference will automatically join us, he quipped.

About Omar Abdullah’s Tweet seeking to learn from Advani’s “wisdom” about the constitutional mechanism to repeal Article 370,Dr Jitendra Singh said Omar will have to study the constitution of India to learn that there is a already a constitutional mechanism in place which was formulated by the collective “wisdom” of the makers of constitution none of whom belonged to BJP or Jan Sangh which was not even born at that time.
Dr Jitendra Singh went on to say that if Omar Abdullah sincerely wants to make himself further “wiser” on the issue of Article 370,he is welcome to engage himself in an open public debate with us and allow the people to judge who stands where. Twitter is too subjective and unilateral a medium for a fair bilateral debate,he added.

Dr Jitendra Singh said “We are ready for an open public debate with facts,figures and evidence to prove that Article 370 has done more harm than good to the people of State including those of Kashmir valley”. It has deprived the state of industrial investments,denied the youth of potential job opportunities,denied protection ………MORE AT http://scoopnews.in/det.aspx?q=30172