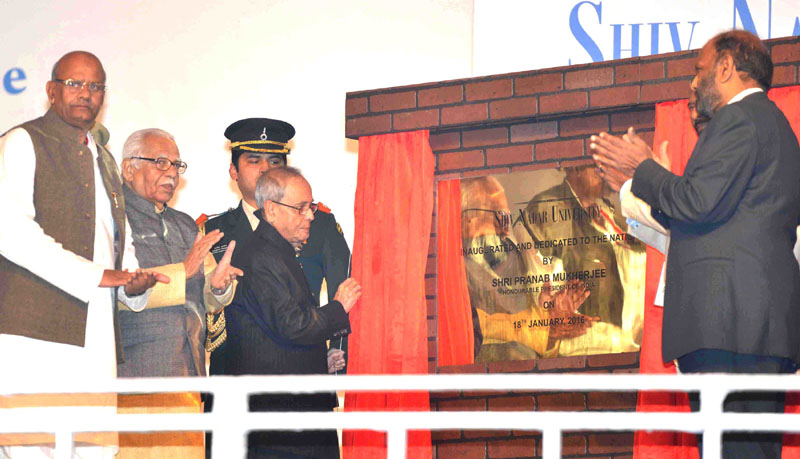 Speaking on the occasion, the President complimented Mr. Shiv Nadar, the founder chairman of HCL, for his vision in the field of higher learning. He said that Shiv Nadar Foundation, set up two decades ago, has become an important platform for transformational education. Shiv Nadar University was established in the year 2011. It was started with the goal to become a comprehensive, multi-disciplinary and student-oriented institution focused on creating new knowledge and producing competent professionals. The university has since adopted a distinct curriculum to nurture students for the exciting opportunities of tomorrow. Its unique approach has the potential to positively influence the higher education landscape of our country in the next two to three decades.

The President said that private institutions account for about sixty percent of the students enrolled in higher education. Though proliferation has led to greater access, its negative fall-out on standards is alarming. If the declining quality of education particularly in the area of higher learning is not reversed quickly, we will land ourselves in a scenario of having a large number of people with degrees but not enough manpower with proficiency.

We cannot afford to produce workers and professionals who fail to meet the skill levels required by a growing economic system. Hence, access to learning opportunities and the pursuit of excellence must both receive equal attention. He expressed happiness that in 2015, two Indian institutions for the first time have been ranked within the top two hundred Universities in international rankings. He was confident that many more will join in the coming years.