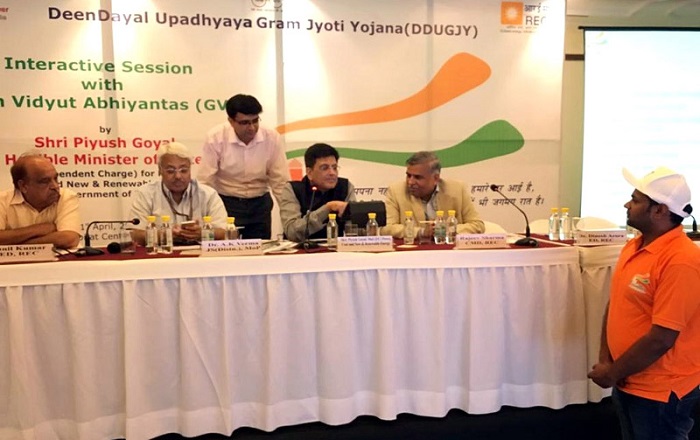 The Minister of State (Independent Charge) for Power, Coal and New and Renewable Energy, Mr. Piyush Goyal at an Interactive Session with the Gram Vidyut Abhiyantas (GVA), in New Delhi on April 01, 2016.

The Minister suggested GVAs to build better bonding with the villagers for smooth functioning and enhanced efficiency. Gram Vidyut Abhiyantas also shared their feedback and experiences at the function.