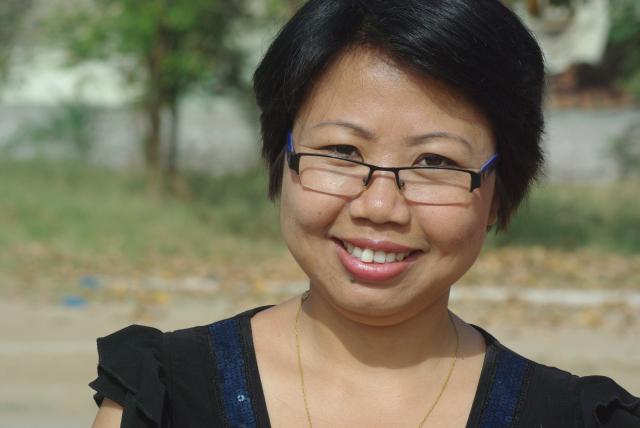 Chaos is ruling today’s Manipur, the hill state in North east India. There’s an economic blockade imposed by armed insurgents. All non-Manipuris have been asked to leave the state or face the consequences. There are gun shots, police actions, shut downs and landslides and flooded roads, because of heavy rain.  Among this, an IndiaUnheard correspondent is reporting on issues that concern the common man.

Of all the Indian states reeling under terrorism and violence today, Manipur perhaps has the most curious case. For, this is one state with the most complex ethnic geography. The majority of the population is of the Meiteis who are Hindu Vaishnavites. But beyond this, there are several tribes living in the 5 hill districts with each calling one of these districts their ‘homeland’. There is a Meitei insurgent outfit, calling for a sovereign Manipur today, while the tribes are fighting, albeit separately, for an independent state of their own.

Achungmei Kamei comes from Tamenglong district of Manipur. But she belongs to Rongmei Naga tribe. For decades, National Socialist Council of Nagaland of NSCN has been fighting for independence. The outfit has a vision of their ‘independent’ home which they call ‘Greater Nagaland’. ‘Greater Nagaland’, demands NSCN, should have entire Nagaland, as well as Naga-dominated areas in Manipur. As expected, this demand, which would see breaking of Manipur, has put the Nagas at loggerheads with the Meiteis.

Right now, the entire state of Manipur is under an economic blockade. The blockade, which has unbelievably entered it’s 5rd week, has been imposed by the non-Naga separatist groups, to protest the recent visit of a prominent Naga leader to Manipur. The character of the blockade, however, has been more of a punishment to those who support the Nagas. The food stores are running out of supply, schools are closed, roads are blocked, power cuts are more frequent than ever and over all there is threat of being shot at any time.

Achungmei’s family has always lived in Manipur. She speaks Meitei for all official communication. Outside the state, she is a ‘Manipuri’. Inside the state, however, for the Meiteis, she is an outsider. And for other tribes of Manipur, she is a Naga, a troublemaker who would one day run away with the land they live in.

In Achungmmei’s words – I don’t know how I should view myself. As a Naga, I support the Naga people’s movement. But I don’t know if NSCN is fighting for me or not. I don’t know if it is serious about Nagas outside 14 districts of Nagaland. What I know is that every time NSCN talks about Greater Nagaland, Manipuris react violently. And we, the Rongmeis are immediately seen as enemies of the state.

Labeling the entire tribe as conspirators against the state has resulted in the entire district being at the bottom of the govt’s priority list. Development in Tamenglong is always an afterthought and vanishing of forest and land raise little concern in the official circuit.

‘Manipur govt has been building a dam at Tipaimukh for several years. There are nearly 1 lakh Rongmei families living in Tamenglong and dam has already displaced hundreds of them.We have no other occupation except Jum (slash and burn) cultivation and with our land being lost, we are threatened with starvation. We have no rehabilitation package. In fact we don’t even exist for the officials.

That she is not exaggerating, became clear when I tried to find data on displacement of tribals in Tamenglong. There is no mention of a single Rongmei family being displaced.

Achungmei is one of the 31 people to have joined India Unheard – India’s first ever Community-based News Service, as Community Correspondents, to report on the stories from within their communities that go unheard.   So, what kind of ‘Unheard’ stories she plans to bring forth?

Her answer is straight. The only identity her community has had so far is a highly political one. “We are either identified as conspirators, or partisans. Nobody sees us as a normal group of people with normal needs. We need food, land, electricity, education. We need our land, our forest. This is what I want to tell the world. That is why I am reporting on education, livelihood and water. Because these are our everyday stories. ”

The world is listening to you, Achungmei !