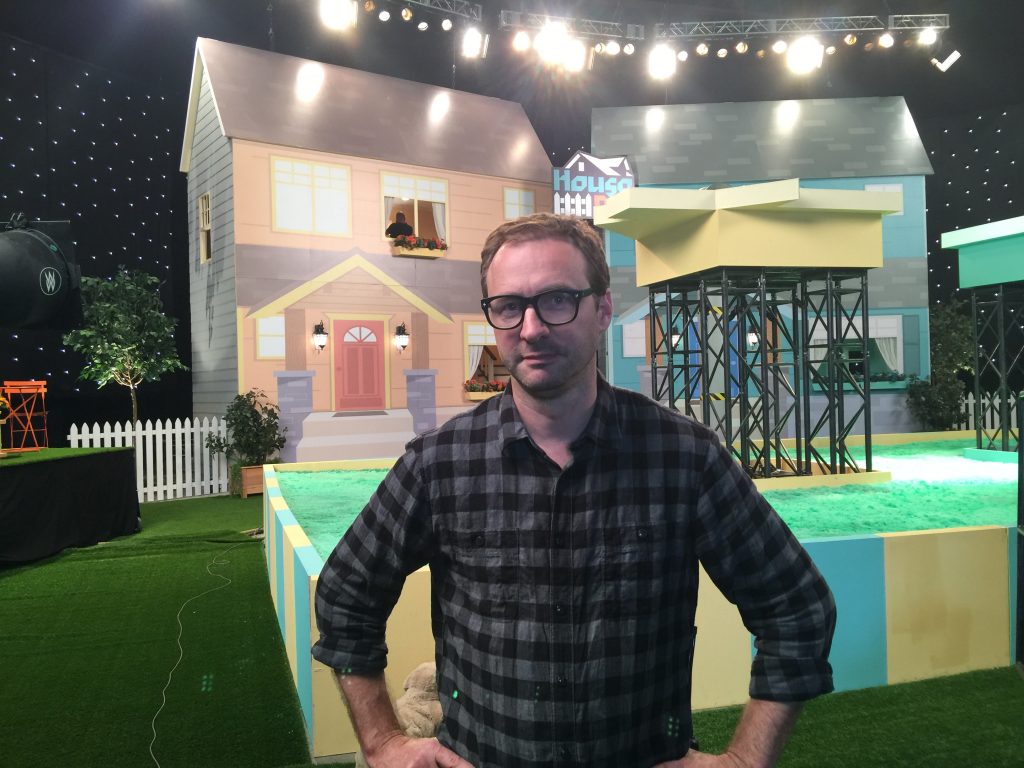 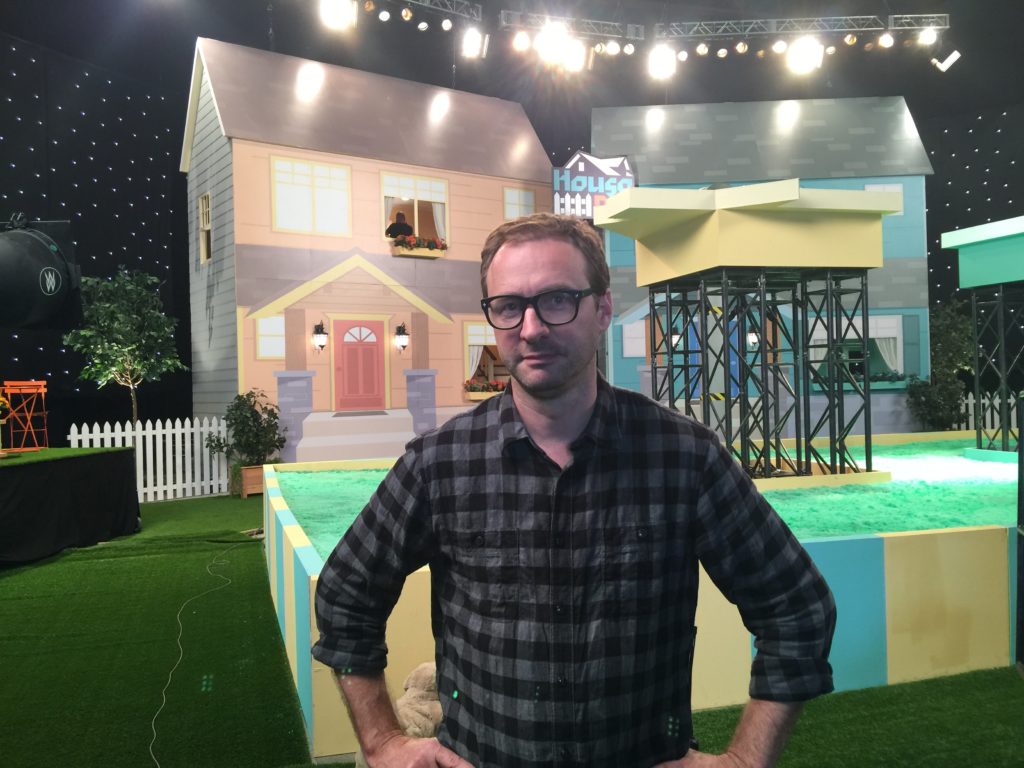 Established production designer Hank Mann has seen, and created it all. From designing over 200 commercials, including his famous Go Daddy ad with Jean-Claude Van Damme, Mann has also created the setting and tone for Sarah McLachlan’s “Ordinary Miracle” and Nickleback’s “How You Remind Me” music videos, constructed sets from scratch with the help of his art department, as well as managed film crews and budgets on feature films, all simply to create the director’s vision.

On one of his most recent projects as the production designer on a commercial for leading luxury auto manufacturer Audi, Mann and his crew traveled high up into the snow covered terrain of Fortress Mountain in Alberta, Canada. Despite the understandably harsh conditions, something that Mann is quite used to having traveled the world several times over designing sets in all kinds of climates, he built an impressive yeti village on the top of the mountain, which served as a major highlight in the commercial. 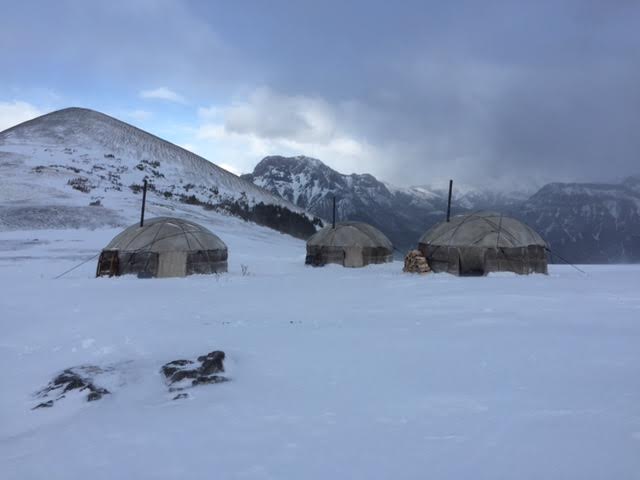 “Every job has its own unique structure that is revealed as soon as I read the treatment and script,” says Mann on his beginning stages of design.

His passion for film started at age 5, when Mann impressively created Super 8 stop-motion movies. The urge to work in film and design never left him, as he studied Film Theory and Sociology/ Communications at Queens University.

Mann prefers working in the realm of film and television because “in the process of production designing I really get into the characters – their history, their successes, their faults, their stories. Film and TV allow for a complete submersion into a character’s life.”

And by doing so, the audience can visually comprehend the depth, and perspective, of a particular character and their setting.

In 2008’s Kill Kill Faster Faster, Mann’s first feature film as a production designer, spectators can clearly grasp the film’s gritty, suspenseful tone and enticing nature of each character and their drive in the narrative.

Produced and directed by Gareth Maxwell Roberts (The Mortician, Writer’s Retreat), Kill Kill Faster Faster focuses on an incarcerated man named Joey One-Way, played by Gil Bellows (Alley McBeal, The Shawshank Redemption). Joey is paroled from prison after receiving an offer from a producer named Markie, played by Esai Morales (La Bamba, NYPD Blue), for a script Joey wrote behind bars. However, Markie is in over his head when Joey has an affair with Markie’s girlfriend.

For this particular film, Mann established a color scheme for the characters, not only to support the story line of the script but to work within the budget of the film.

“I chose to put a lot of initial resources into establishing a colour hue for each character so that regardless of how little money we had, at minimum there was a common tone the creatives could all work towards,” explained Mann.

The film garnered two wins in 2008 for Best International Feature at London Independent Film Festival (LIFF), as well as Best Editing at the HD Film Festival.

At the 2011 Leo Awards, Repeaters was nominated for 10 awards and won for Best Supporting Performance by a Female in a Feature.

Mann continued to work on films in 2011 on the set of Reinout Oerlemans’ Nova Zembla, a historical Dutch drama which centers on a team of explorers who travel from the North East Passage to the Indies, while encountering rough weather conditions.

The film was shot on location in Iceland, Belgium and Canada, where Mann created several captivating sets.

“My initial approach was to research as much as possible, visiting real locations and reviewing online sources and then extracting the most interesting and iconic bits to then combine into our stage set builds,” said Mann.

Like his other two films, Nova Zembla received recognition and was nominated for two Rembrandt Awards, in addition to receiving a Golden and Platin Film Award.

Mann recently wrapped commercials for Nissan and PetCo, as well as a six screen art installation he worked on and collaborated with Oscar winning director Denys Arcand (Barbarian Invasions), and installation artist Adad Hannah. The piece is entitled The Burghers of Vancouver, and was inspired by Rodin’s The Burgher’s of Calis. The installation premiered in Paris last year and ran from February to May 2015 at the Montreal Museum of Art.

Regardless of whether he uses his skill to create the kinds of environments that take us into the world of the characters in a film, make an impressions on viewers with the fleeting, but generally elaborate sets surrounding a featured product in a commercial, or design art installations that mesmerize onlookers, for Mann, production design is all about the art.

Filed under: Film, Lifestyle
Share Tweet Pin G Plus Email
previous article: 5 Gaming Gadgets To Make Your Gaming Experience Sublime
next article: 3 Things Your Competitors Can Teach You About Sales